‘A Wake of Vultures’ by Mary Earnshaw 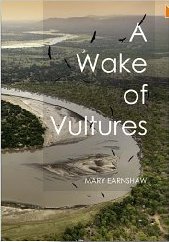 Following Professor Lizzie Lamb’s publication of her discovery of the jawbone of Homo rudolfensis, a rare ancient human, in a remote African valley, the fossil-hunters of the world are flying in to this remote part of Africa to see what they can find.  One such fossil hunter is a university professor and most unpleasant character, whom Lizzie and her archaeologist husband Alex have been carefully avoiding ever since he arrived. Unfortunately Lizzie has now encountered him – dead.

Keen to keep the location a secret until she can make further investigations Lizzie is at present at Elephant Camp run jointly by Maggie and her husband Gus together with a number of students.  With the valley inadequately policed, Lizzie with the aid of Dr Thomas Nkhoma, the South Luangwa National Park Chief, decide to pursue their own enquiries.  But a series of disturbing events has Lizzie questioning herself about people she thought she knew, but maybe didn’t..

With some great characters.  Jake Deacon the valley’s lothario Vet, and amateur archaeologist. The scouts Birgit and Isaiah, the story moves at a good pace, and as Lizzie investigates, the tension builds. Could the dead man have been involved in more than a hunt for rare fossils - something dangerous.

Set against a wild and wonderful landscape, this enthralling mystery will keep you turning the pages, as Lizzie seeks to uncover the truth behind this brutal killing.  But could it be just the start? Mary Earnshaw’s love of Africa comes through clearly in this the first book in a series featuring Lizzie lamb.  I look forward eagerly to the next book.
------
Reviewer: Lizzie Hayes 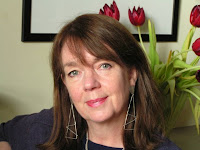 Mary Earnshaw  was born in Lancashire, grew up in Yorkshire and read history at Oxford. She then  became a technical journalist specialising in telecommunications. Various management and consultancy roles led to a directorship in a utility company, but she continued to write on a freelance basis. Mary now runs a small academic publishing company which allows her to take off for Africa every now and again. Mary first visited Africa - Zimbabwe and South Africa - while working for Philips in the Netherlands. The following year, in Swaziland, on a dig near the Mozambique border, she met her husband, Professor Larry Barham, and for the last 19 years they have been visiting Zambia where he now does his research and where A Wake of Vultures, the first of a planned series featuring Professor Lizzie Lamb, is set.