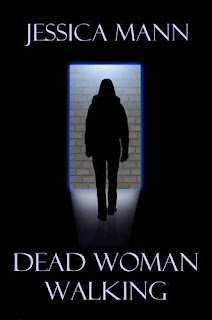 Gillian Butler hasn’t been seen since ‘The Brownes’ dinner party’. Now fifty years later the same people gather to discuss the human remains that have been discovered in a quarry, and which are undergoing tests, but which it seems are most probably her remains.  As theevening broke-up all those years ago, just who was the last person to see Gillian Butler alive?

Isobel is a people-tracer and a novelist married to Francois, but at the time of Gillian’s disappearance was married to Hector, whom Isobel thinks isn’t looking too good now with his high colour.  Dr Fidelis Berlin is now a known expert on child abuse, abduction, abandonment and adoption. Then there are The Dorneywoods, and twice widowed Hannah.

The story alternates between first and third person narrators. Initially we hear from Isobel of her early life and that of the people surrounding her.  Then the story switches to Fidelis and her story, which starts in Berlin in 1938.  Like so many stories of that period, it is a tragic.  And we learn that  the story remains unresolved, as Fidelis’s true identity is still a mystery.

I enjoyed the way long forgotten events are brought to the surface, with odd irrelevancies that we all encounter when we seek to remember the past. In one recollection Isobel says that she recalls that Fidelis left the dinner party, with Euan Butler to catch the sleeper. They were carrying their luggage ‘I wonder when rolling luggage began,’ she muses. Can anyone remember?’ I too began to ask myself that question.

The characterisation is masterly, giving the reader the person without the need for description. Isobel recounts at one point: ‘When I left him, Hector blamed “those bra-burning harpies” and if he could he would have cited the woman’s movement as the co-respondent in our divorce.’

As the story progress more and more layers are stripped away from the characters, and a sad but gripping tale of mystery and vengeance is revealed.  If the novel has a message it is that one should be careful of making decisions that not only effect but can change and destroy lives.  This book is highly recommended.
------
Reviewer: Lizzie Hayes 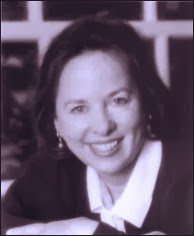 Jessica Mann  novelist, journalist, broadcaster and author of non-fiction. Jessica has   been a Planning Inspector, chaired public committees, been involved with the NHS and been responsible for protecting water customers. But she always wanted to be a writer, ever since she learnt to read. She went to school in London, and then took degrees in Archaeology at Cambridge and in Law at Leicester University. After living in Edinburgh for ten years and for three in Leicester she moved with her husband, the archaeologist Professor Charles Thomas, to Cornwall, where she still live. Jessica has written20 books so far. She has two sons, two daughters and 11 grandchildren.
Posted by Lizzie at 16:16