‘Primed by the Past’ by Barbara Fagan Speake

The detective here is Annie Macpherson, a Scot who is on a six months exchange programme with the Westford police in Connecticut.  She is getting established with her new colleagues - her new boss, the brusque Franconi, her supervisor and partner, Bronski,  and the pleasant Dave Ellison - when a case of serious assault occurs.  Unfortunately the woman who has been attacked had come into the police station the previous week to report that she was being stalked and Annie had dealt with her with the standard advice.

The story builds up well with a further death in a traffic accident in Massachusetts as the detectives try to understand what has happened and make connections.  There are layers of lies and half truths to be sifted and a trail of clues which could be genuine or could be examples of misdirection.  Other deaths occur and the previous history of the victims becomes very important to discover.  Annie’s own background and the relationships she has back home and is establishing in the USA help to flesh out her character.  I found this an exciting story in which the killers are gradually revealed in a series of very clever manoevres.   The final denouement is most satisfying and the psychological motivations are convincing.  The author is a psychologist so her ability to convince in this field is not surprising.  The police procedure sounds convincing too.
------
Reviewer: Jennifer S. Palmer 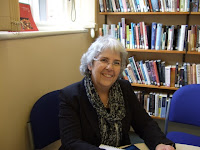 Barbara Fagan Speake was born and brought up in Connecticut. She has written 3 crime novels so far.  The first, Secrets Only Sleep, is a standalone mystery.  The second is this book and the third, Programmed to Kill, develops Annie’s adventures in the USA further. 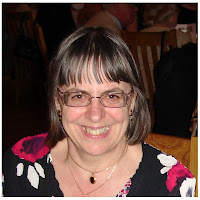