‘The Shadow Collector by Kate Ellis

A break-in at a smallholding is not usually something that falls to Detective Inspector Wesley Peterson to investigate, but as DS Rachel Tracey says, the break-in is a Devil’s Tree Cottage, the home of mother and daughter Dorothy and Lilith Benley, who were convicted eighteen years previously for the brutal murder of two teenage girls. Dorothy died in prison, but Lilith has been released and has returned.
Along with Detective Chief Inspector Gerry Heffernan, who worked on the case against the Bentleys when he was a sergeant eighteen years ago, Wesley visits Lilith. She tells them that the only thing stolen is her Book of Shadows.

A short distance away from Devil’s Tree Cottage is Jessop’s Farm, now known to the viewing public as Celebrity Farm where a group of celebrities were sited in Big Brother style to revive their flagging careers. Originally there had been six contestants but now only Rupert Rayborne and Zac James remain. The discovery by one of the contestants of a dead body in a nearby field has Gerry Heffeman asking, has Lilith killed again?

Meanwhile, archaeologist Neil Watson, long time university friend of Wesley’s, is working at Mercy Hall, the home of Evan and Harriet Mumford.  The historic house is a two-star listed building, and although two thirds of the house has been renovated, the restoration of the semi-derelict east wing is moving slowly. When the panelling is removed a gruesome wax doll is discovered. Further discovery of an inscription in the stone points to a hanging circa October 1643, the year Tradmouth was besieged by the Royalist army during the Civil War.

As the murder investigation continues more and more suspects come to light, and fascinatingly they seem to link back to the killing of the two teenagers eighteen years ago. Despite his preoccupation with the murder enquiry, Wesley also has matters closer to home to deal with.

This is the seventeenth book in the series, and they get better and better. As with all the previous stories, the current investigation runs parallel with an earlier death, in this instance with narration from a statement made by Elizabeth Harkness, October 1643, and the journal of Thomas Whitcombe, a Captain in the King’s army, September 6th 1643.

The story is complex and has many twists, but nothing quite prepared me for the final twist. Absolutely superb writing. Highly recommended.
------
Reviewer: Lizzie Hayes 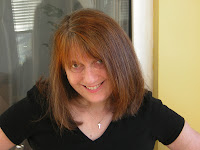