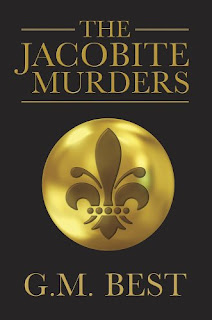 It is 1745 and Bonnie Prince Charlie has landed in Scotland and raised the Jacobite standard at Glenfinnan with the intention of restoring the Stuart monarchy to the throne. Bath, in south-west England, is a long way from the Scottish Highlands; Beau Nash, Master of Ceremonies, has made the city the apotheosis of 18th century Sir aristocratic fashion. So when Lady Phyllis Overbury with her maid arrives at the house of Sir Robert Benson for the Bath season, the last thing she expects to find on her first morning is the body of her housekeeper, and then, a day later, the body of an unknown young man in the kitchen.

The book skilfully integrates into the plot, not only real historical characters, particularly Beau Nash and the famous writer Henry Fielding but also characters from Fielding’s best-known novel Tom Jones: Tom himself whom Nash and Fielding recruit as a bodyguard for Lady Overbury, Tom’s beloved Sophia and her irascible father, and many others. Tom and Sophia’s tumultuous romance is adroitly interwoven with a Jacobite plot centred around the house that Lady Overbury has rented. And the writing style cleverly recreates the prose style of the period in which it is set.
------
Reviewer: Radmila May
Other books by the author: Oliver Twist Investigates, Wuthering Heights Revisited

G.M Best  was brought up in the north-east studied history at Exeter College, Oxford and went on to become the headmaster of Kingswood School (the first and oldest Methodist school in the world) for 21 years.
Posted by Lizzie at 21:29