‘A Crowded Coffin’ by Nicola Slade

In the opening of the story we learn that Colin John Price, a junior researcher at Stanton Resingham archive is missing.

But more intriguing to the village in which former headmistress, Harriet Quigley resides, is the near-fatal accident of Walter Attlin of Locksley Farm House. Collecting her cousin Canon Sam Hathaway from Southampton airport they encounter Edith Attlin returning home from the USA in haste having learnt of her grandfather’s accident.

Harriet is happy that Sam is moving next door to her, and they both attend the Rotary dinner at Locksley Farm Place. Now ensconced at the house is Rory an enigmatic artist who bears a striking resemblance to Edith’s father.  Also new to the village is John Forrester, the new good-looking vicar, a handsome Texan oil millionaire, Mike Goldstein an American seeking his mom’s ancestor’s and Elvis, the plumber.

Whilst the whereabouts of Colin Price continue to be a mystery, a sudden death coupled with the unexplained accident of Walter Attlin, has Harriet donning her Miss Marple guise to the consternation of her friend Sam who wants Harriet to keep out of it. No chance, Harriet is suspicious of all these new-comers and begins some discreet questioning, but is she that discreet?

A real whodunit in an English village with some marvellous characters – I love it.  Suspicious goings on at night, the rumour of long buried treasure, all wrapped up with the history of Locksley Farm House.  Soon Harriet is in a tight spot, and she’s not alone!  Highly recommended.
------
Reviewer: Lizzie Hayes 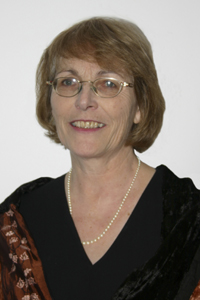 Nicola Slade was brought up in Poole, Dorset. She wrote children’s stories when her three children were growing up, moving onto short stories for several national magazines. Winning a story competition in Family Circle galvanised her into writing seriously and since then her stories and articles have been commissioned regularly. Scuba Dancin, a romantic comedy was her first published novel. After that she wrote a series of Victorian mysteries: Murder Most Welcome  published by Robert Hale Ltd, 2008, featuring Charlotte Richmond, a young widow in the 1850s. Charlotte also features in the second of the series: Death is the Cure, also published by Robert Hale Ltd, at the end of 2009. The third of Charlotte's adventures,The Dead Queen's Garden, will be published in December 2013. Murder Fortissimo, also published by Robert Hale Ltd, came out at the end of January 2011. This is a contemporary 'cosy' crime novel, featuring former headmistress, Harriet Quigley, and her sidekick and cousin, Rev Sam Hathaway. A Crowded Coffin', is the second adventure for Harriet and Sam. Nicola, her husband and their cat live near Winchester in Hampshire.

Find out more about Nicola at
:www.nicolaslade.wordpress.com
Posted by Lizzie at 21:55