‘The Final Curtain’ by Priscilla Masters 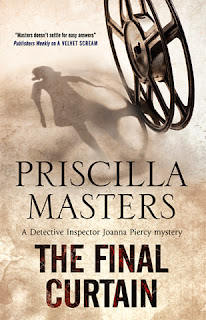 Back in harness at Leek Police Station, after her idyllic honeymoon in Sri Lanka following her marriage to pathologist Matthew Levin,  DI Joanna Piercy is keen to get to work. But the most current case facing the team are daily nuisance calls from an old lady, Timony Weeks, who lives in a remote farm house, reporting bizarre occurrences.  With the imminent replacement for Superintendent Colclough, for whom Jo was a favourite, Jo decides that she must do everything by the book and visits Timony Weeks to assess the situation herself and explain to her that she cannot waste police time.

Joanna learns that Timony Weeks was a sixties' child star in the once-popular soap Butterfield Farm.  These events seem to be frightening her, but as Joanna muses, she is an actress and her distress could be faked.  Is she an aging star longing again for the limelight?

As the tricks escalate Joanna still has nothing concrete on which to hang any plausible explanation or any proof of wrongdoing to enable her to offer any police protection other than regular police drive-bys.  But all her instincts tell her something is wrong.  But what?”

Timony is convinced that someone wants to hurt her but can offer no suspects. She lives with a companion/assistant/friend, who also has no explanations to offer for these odd events.  But though Joanna digs, into Timony’s background and discovers a long hidden secret,  it doesn’t take her any further forward? It seems the more she learns of Timony the more the mystery deepens.

With brilliant plotting Priscilla Masters weaves a tale that is compelling reading, being both fascinating and intriguing.

This is the eleventh book in the series featuring DI Joanna Piercy. Much has happened in her life since we first met her in Winding Up the Serpent. Although she has now married Matthew Levin the problems with his daughter continue, and with a new boss on the horizon I suspect her life will not run smoothly.  I look forward avidly to the next book.
------
Reviewer: Lizzie Hayes
Earlier books in the series are: Winding Up the Serpent, Catch a Fallen Sparrow, A Wreath for my Sister, Non Shall Sleep, Scaring Crows, Embroidering Shrouds, Endangering Innocents. 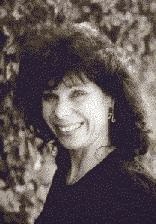 Priscilla Masters is the author of more than twenty crime novels and works part time as a respiratory nurse in the Royal Shrewsbury Hospital. She has two sons and two grandsons and lives on the Staffordshire/Shropshire border.

http://www.priscillamasters.co.uk/
Posted by Lizzie at 15:54