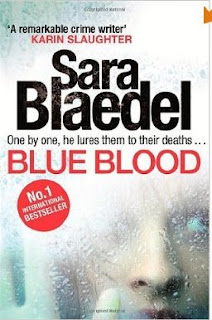 Yet another gem from Scandanavia.  Sara Blaedel has been voted Denmark’s most popular novelist three times and this book is a No 1 best-seller in her home country. Her heroine, Detective Louise Rick, has an international following.

So, how good is it? Well, nothing new about the story. The plot is a well-worn one by now, namely the dangers of internet dating. A young woman Susanne Hansson is savagely raped in her apartment by a man she met through an online dating agency.
Louise realised the rapist is using the website to target his victim and the investigation moves up to a new level when the next victim dies.

The thing that strikes me most is that it is quite obviously written by a woman as she concentrates on people’s emotions, in a way your average policeman would not, and is given to constant introspections. Indeed, I would not be at all surprised to find Sara Blaedel is writing romantic novels concurrently under another name.

Oddly enough, I received read this book on returning from my first visit to Copenhagen but I never got a sense of the place from reading it.  But, Copenhagen itself was like that. None of the vitality or excitement that you get in cities like New York, Dublin and Liverpool. No wonder the Danish make her their favourite author.
------
Reviewer: Ron Ellis 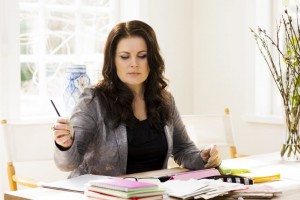 Sara Blaedel  The daughter of renowned Danish journalist Leif Blædel and Annegrethe Nissen, an actress whose career includes roles in theater, radio, TV and movies, Sara was surrounded by a constant flow of professional writers and performers visiting the Blædel home. Despite a struggle with dyslexia, books gave Sara a world in which to escape when her introverted nature demanded an exit from the hustle and bustle of life. Sara tried a number of careers, from a restaurant apprenticeship to graphic design, before she started a publishing company called Sara B, where she published Danish translations of American crime fiction. Publishing ultimately led Sara to journalism. It was during this time—and while skiing in Norway—that Sara started brewing the ideas for her first novel. In 2004 Louise and Camilla were introduced in Grønt Støv (Green Dust), and Sara won the Danish Crime Academy’s debut prize. Today, Sara lives north of Copenhagen with her family. 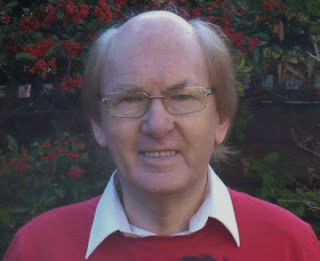 Ron Ellis. Writer, Broadcaster and Photographer, Ron is the author of the popular series of crime novels set on Merseyside featuring Liverpool radio D.J./Private Eye, Johnny Ace. He also writes the D.C.I. Glass mystery series. As well as his fiction titles, Ron has written 'Southport Faces' a social history of the town seen through the eyes of 48 of its best-known residents. His 'Journal of a Coffin Dodger', the hilarious adventures of an 84 year old playboy, has been serialised on BBC Radio and poems from his collection of poetry, 'Last of the Lake Poets', have won several nationwide competitions.
During the 1980's, he conducted over 192 interviews with friends and relatives of John Lennon for Albert Goldman's biography, 'The Lives of John Lennon'.
Ron writes the football reports for the Southport Champion and is also their theatre and arts reviewer as well as being a regular contributor to magazines such as Lancashire Life.
He runs his own publishing company, Nirvana Books.
Posted by Lizzie at 16:39