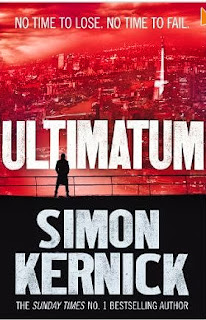 So I was hooked after the first line. And from that first line the mystery tension and excitement continued to increase. Each of the first three chapters introduced a new character which kept me avidly turning pages.

The time frame for the story begins at 07.25, when a gunman starts a reign of terror culminating in an atrocity that will happen at 23.45. Unless, that is, someone stops him!

DI Mike Bolt has twelve hours to find and stop the terrorists. Against his better judgement DC Tina Boyd succeeds in getting herself assigned to the team.  I had not met Tina Boyd before, but having been informed that when warned ‘Approach with extreme caution’, she thinks ‘Bollocks to that’ and jumps out of the car to tackle the suspect, I began to understand Mike’s reservations.”

This is a great action thriller. It’s 355 pages and once I started reading it I could not put it down. I was so caught up in the book that my partner asked me what I was reading that was delaying us going out to dinner; Although not  a crime fiction fan, he decided to read it himself, pronounced it brilliant. Praise indeed!

Well-researched, fast-paced and with well-drawn characters, this compelling read ends with a hook that has me keen to catch the next book.”
------
Reviewer: Lizzie Hayes 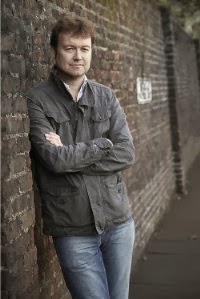 Simon Kernick is one of Britain's most exciting new thriller writers. He arrived on the crime writing scene with his highly acclaimed debut novel The Business of Dying, the story of a corrupt cop moonlighting as a hitman. However, Simon's big breakthrough came with his novel Relentless which was selected by Richard and Judy for their Recommended Summer Reads promotion, and then rapidly went on to become the bestselling thriller of 2007. Simon's research is what makes his thrillers so authentic. He talks both on and off the record to members of Special Branch, the Anti-Terrorist Branch and the Serious and Organised Crime Agency, so he gets to hear first hand what actually happens in the dark and murky underbelly of UK crime. To find out more about Simon Kernick and his thrillers, please