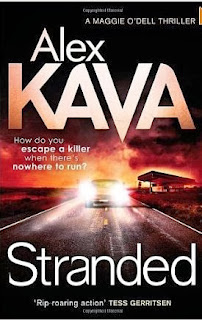 On the surface it’s not hard to classify Alex Kava’s Stranded, the eleventh in her Maggie O’Dell series. Maggie is an FBI field agent, so it’s an American version of a police procedural.
But I struggle to suggest just one author whose fans this series might appeal to. The FBI background has shades of Michael Connelly and James Patterson. The protagonist has a rich and still developing backstory: Patricia Cornwell, Meg Gardiner. There are dismembered bodies and gory deaths: Tess Gerritsen. The pace of the action is swift, dramatic and sometimes violent: Lee Child.

Yet Stranded owes nothing to any of these greats of crime fiction; Alex Kava’s crisp, evocative writing stands tall alongside every one, and has created a heroine who is her own person and a cast of equally strong supporting characters with flaws, foibles and vulnerabilities.

An FBI background is a useful device for a crime writer. A field agent is highly trained and subject to certain rules and procedures; O’Dell and Tully, her partner (not in the romantic sense) have support from Quantico, the FBI’s headquarters. But out on the road, or in the wilds, they are very much thrown on their own resources, and have to react to threats and dangers in whatever way works at the time.

I was unfamiliar with the series (though I shall be seeking it out) but the impression I gained from this title is that for Maggie, every case becomes personal. Here she and Tully are part of a team tasked with hunting down a particularly vicious serial killer who seeks his prey in rest areas and truck stops along the USA’s interstate highways, and sees Maggie as a worthy adversary to be taunted and led into temptation.

Kava juggles several voices to allow the reader access to some parts of the story outside the main protagonists’ experience; the points of view of a victim, other FBI personnel, a freelance dog handler and the murderer all receive air time. She also uses a variety of locations: several disparate remote spots in the US, an upmarket apartment and a derelict  farmstead are just a few of the places where action takes place.

The novel’s greatest strength is its visual quality; characters and locations spring to vivid life, and I found myself thinking about who to cast in the screen adaptation which must surely come soon. It’s always a pleasure to discover a new series character as engaging as Maggie O’Dell, and plots as absorbing as this one. Alex Kava is another name I’ll be looking out for.
------
Reviewer: Lynne Patrick 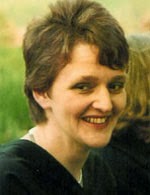