‘Never Go Back’ By Lee Child

The good news is that the 19th Jack Reacher book is here, and it is just as wonderful as the first eighteen.  At this point, that would seem to be a given.

The title  notwithstanding, Reacher does indeed attempt to go back, to consummate [after a fashion] a telephonic contact he had made while in South Dakota in the 2010 entry in the series, “61 Hours,” with Major Susan Turner, the woman who holds his former title as Commanding Officer of the 110th Unit of the Army’s Military Police.  When he finally makes his way to Virginia, he discovers that she has been arrested and is incarcerated in some very serious charges.  To make matters worse, much worse, he himself is soon arrested and held on some pretty serious charges of his own, having to do with events that ostensibly took place nearly 16 years previously.  To say more would be to disclose unforgivable spoilers.

The tale moves quickly, with moments at irregular intervals that bring the reader up short, then plunges him/her even more swiftly ahead, with Reacher and Turner in jeopardy and then out, using a mixture of skill, brawn and intelligence to get there.  There is the usual quota
of Child/Reacher suspense and great writing, with just enough wit and humor to balance the inevitable violence.

Pedant that he admittedly is, Reacher delights the etymologists among his readers, going back to the original French and Latin derivations of words such as “affidavit,” “shrapnel,” and “expedition.”  I loved it!

I devoured this novel; finishing it in less than 24 hours. Meticulously plotted and ingeniously written, as I’ve said in the past the book provides just what Reacher and Mr. Child always do:  All you need, and nothing you don’t.
------
Reviewer: Gloria Feit 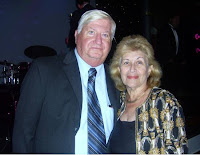