‘The Murder Wall by Mari Hannah’ 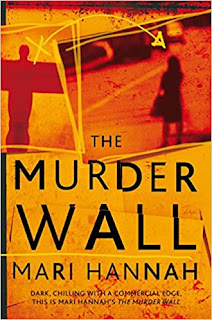 This is a debut novel by Mari Hannah who sets it in Northumbria. This setting has a great validity in a nicely understated way. The writer uses her real-life experience as a probation officer and that of her partner as a murder detective extremely effectively producing a palpable air of reality. Indeed, the gritty reality at some points is almost too much to bear!

The Senior Investigating Officer on a brutal murder case is Detective Chief Inspector Kate Daniels—on her first case in that role. She carries considerable baggage, as all detectives seem to, in relation to her private affairs and concerning an even more brutal double murder that she was unable to solve about a year earlier,

The interaction of police work by a team intersecting other current police cases is beautifully shown, though the number of characters does keep the reader on their toes. The tension is maintained throughout particularly when it becomes obvious to us that Kate is being watched. She pursues a ruthless killer despite all distractions as complicated events are unrolled. The novel uses features of the digital age very well.
------
Reviewer: Jennifer S Palmer 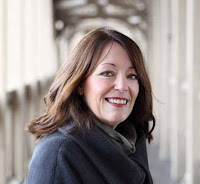 Mari Hannah was born in London. She became a writer after her career as a Probation Officer was cut short following an assault on duty. She began using a computer because it was too painful to write with a pen. Ironically, the idea that she might one day become a writer then began to form in her head.  She tried different forms of writing before settling on prose and spent several years scriptwriting. She then turned her attention to the BBC, pitching a television serial based on characters in her then unfinished debut crime novel The Murder Wall. After completing the TV script, she went back to the book she had started years before but somehow never thought she’d finish. She now lives in a small Northumberland village with her partner, a former murder detective. In 2010, she won the Northern Writers' Award.