‘The First Rule of Survival’ by Paul Mendelson 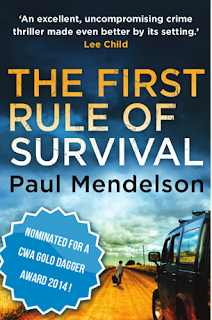 The First Rule of Survival is a debut novel and an excellent one.

The main character, Colonel Vaughn de Vries (pronounced DeFrees) is a detective who works in his own unorthodox way struggling in a mire of departmental and racial rivalry. He is a drunk who frustrates and upsets his superiors. But De Vries is dogged, intuitive, and obsessed with a particular case; one which he failed to resolve. Seven years before the story begins three, white, ‘middle class’ young boys were kidnapped over three days. Never to be heard of again.

The book is set in and around Cape Town, which is described beautifully. Mendelson gives us a good sense of place as well as the atmosphere of current inter-racial tension, between blacks and coloureds and the politics that go hand in hand with this. De Vries is white and of the old school; he has an able black assistant with whom he gets on well, but doesn't always trust. The story begins with the discovery of the bodies of two white boys in a rubbish dumpster. Two of the boys abducted seven years before. This time De Vries is determined to close the case, no matter what the cost.

The story is well plotted, and the pace also gives a flavour of the South African lifestyle. Without giving anything away, the plot is unusual, and it is refreshing to see something different for a change. Characterisation is superb and I believed in each of the characters. I do so hope this is the start of a series. 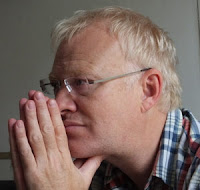 Paul Mendelson began writing at school, when he should have been doing other things, but writing and debating prizes followed. On leaving school, he ran a fringe theatre company, performing classic plays, his own new writing, and revue shows. From there, he moved to the National Theatre, first front-of-house, then as an assistant director and, finally, as a playwright. At the age of 21, his play, You’re Quite safe With Me was performed at the Cottesloe Theatre, making him then, the youngest writer performed at the National Theatre. A short and largely unsuccessful stint followed writing for television for shows like “The Bill” and “Moon and Son”.
Over the following years, Mendelson concentrated on non-fiction work, producing a dozen titles on mind-sports such as bridge, poker and casino games, as well as a weekly column on bridge for the Financial Times. He has also interviewed business leaders and embarked on travel writing for the FT, as well as contributing on diverse subjects to many publications, here in the UK, the US, Australia and South Africa. During this time, Mendelson also wrote Across the Veldt – a monologue about the political and cultural transitions in South Africa, and numerous short stories.
Having attempted several novels over the years on varying subjects, he returned to his first love, crime fiction and, after various twists and turns, emerged with The First Rule of Survival, snapped up by Constable & Robinson. 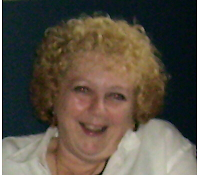 Sue Lord  originally studied Fine Art and Art History. Her MA is in Creative Writing. She now, revues, teaches, mentors and script doctors. She lives in central London and Cornwall. Her favourite pastime is gardening.