A Favourite Book: 'Nest of Vipers' by Linda Davies

I discovered a Nest of Vipers in 1994, at my then favourite bookshop Hatchards. I had at that time not discovered the Internet, it was still in its infancy and  the bookshop was where one found books. And Hatchards was the best.

Nest of Vipers is a financial thriller and features protagonist Sarah Jenson, a young but highly paid foreign exchange trader in the City of London, with a strange and tragic past.   When  possible corrupt practices are suspected in a leading merchant bank, the Bank of England and MI6 seek an undercover agent to investigate. They approach Sarah who is fascinated by the challenge and agrees to help them.  Sarah soon discovers fraud on a huge scale, but as she gatheris evidence to expose the perpetrators the killing starts.

Unfortunately the Bank of England and MI6 have not seem fit to acquaint Sarah with their secret agenda, and thus Sarah is left to, as it were, fend for herself.  What they don’t know is just how capable is Sarah when faced with the need to ‘fend for herself’.

This was the author’s debut book which I so greatly enjoyed that I actually bought a second copy to lend to friends,  keeping my first edition hard back to myself.

It was interesting to find on Amazon that Linda Davies had posted some background to the book.  Here is what she says:

The Perfect Financial Crime
"What is the most spectacular financial crime that could be committed?" This was a question that occurred to me in my previous job as a banker. After graduating from Oxford I worked in New York and then London, pursuing deals across Europe and coming into contact with high financiers, politicians and crooks. The scope for crime was immense. One day I sat down and tried to think like a criminal. How would I make a fortune? How could I bridge the gap between the City and the world at large off which it feeds? The result of these musings was Nest of Vipers, a novel in which I show the links between governments, central banks, and crime, and the role that the intelligence services now have in business and finance. The City is a perfect cover for spies.

Not long after Nest of Vipers appeared the subject of financial crime attracted international attention thanks to Nick Leeson and the downfall of Barings Bank. More recently disaffected British agents have begun to reveal the links between the security services and the banks with allegations that MI6 had a mole in the Bundesbank and that the Russians were spying on banks in the City of London. All this makes Nest of Vipers even more topical now than when it first appeared. 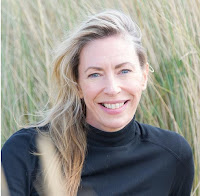 Linda Davies is a British author of financial thrillers.  Linda read Politics, Philosophy and Economics at St Edmund Hall, Oxford graduating in 1985, then worked for seven years as an Investment banker in New York City, London and Eastern Europe. Inspired by her city career, she left to write her first novel, Nest of Vipers. She spent three years living in Peru, and then moved to London with her husband, merchant banker Rupert Wise, and their two sons Hugh and Tommy. She currently lives near the sea in Suffolk with her family