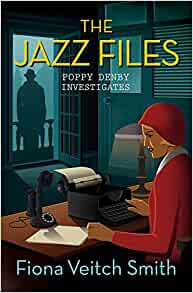 Reading a novel by a writer you have not come across before can be something of a mixed blessing. You may find a new author to add to your list of favourites or end up feeling disappointed. The blurb may sound interesting, the number of good reviews promising, but a few pages in, you may decide this is not the book for you. I will confess to being the cynical type. I’m much more likely to read the 1- and 2-star reviews than the top ones. However, ‘The Jazz Files’ certainly did not fall into the latter category for me. I quickly became hooked and eager to know exactly what the feisty wannabe journalist Poppy would get herself into next.

The story is set in 1920. Poppy Denby hankers to do more with her life than the charity work in her father’s Methodist parish in Morpeth but all the job opportunities in the North are snapped up by the men returning from the Great War. Her Aunt Dot, an ex-actress and militant suffragette is now in a wheelchair and invites her to London to be her companion. Poppy arrives to discover that Aunt Dot already has an able companion, Grace a fellow suffragette and one of the Chelsea Six. These were a militant group of women who chained themselves to railings in their stand for women’s rights. The founder of the group was Lady Maud Dorchester and included her daughter Elizabeth who has spent the past seven years in Willow Park Asylum in Battersea after witnessing the death of Gloria Marconi.

Poppy answers an advert as assistant editor at The Globe – a role that turns out to be sorting out the piles of documents cluttering up the editor’s office. These include the Jazz Files – ‘any story that has a whiff of high society scandal but can’t yet be proven’. However, when the reporter for the Arts calls in sick at the last minute leaving the paper short of an article for the next day’s edition, Poppy volunteers to interview her new friend Delilah daughter of Gloria Marconi. Delilah is currently in rehearsals for the Old Vic production of A Midsummer Night’s Dream. The editor ‘Rollo’ Rolandson agrees, assigning the Globe’s photographer Daniel to accompany Poppy.

The Political Correspondent Bert Isaacs falls to his death from the third floor to the atrium below. Was it an accident or was he pushed? Beneath Bert’s body, is a letter from Elizabeth Dorchester smuggled out of the asylum. Saturated in blood, the letter is now illegible, but it sets off a whole chain of events that keeps the reader turning the pages until the end.

It is not only the many twists and turns in the wonderfully conceived plot which ultimately draws together the many seemingly unconnected threads that attracts the reader, but also the characters. From the feisty heroine to the evil, manipulating Lord Montague Dorchester and his repulsive son Archie, they are drawn so cleverly that the reader finds themselves cheering them on or wanting to punch them on the nose. The period setting of London, both the carefree youthful exuberance of the flappers and London’s social elite to the poverty in the back streets have been meticulously researched and evocatively recreated. The romantic sub-plot also has its inevitable hiccups to keep the reader on their toes.

This may be the first in this engaging series that I have read but it will not be the last. I can thoroughly recommend it.
------
Reviewer: Judith Cranswick 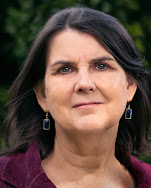 Fiona Veitch Smith  is the author of the Poppy Denby Investigates novels, Golden Age-style murder mysteries set in the 1920s (Lion Fiction). The first book, The Jazz Files, was shortlisted for the CWA Historical Dagger, while subsequent books have been shortlisted for the Foreword Review Mystery Novel of the Year and the People’s Book Prize. Book 5, The Art Fiasco, is out now. Fiona lives with her husband and teenage daughter in Newcastle upon Tyne. She works part time for the Crime Writers' Association and is the Deputy Editor of Red Herrings magazine. 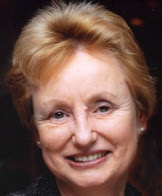 Judith Cranswick was born and brought up in Norwich. Apart from writing, Judith’s great passions are travel and history.  Both have influenced her two series of mystery novels. Tour Manager, Fiona Mason takes coach parties throughout Europe, and historian Aunt Jessica is the guest lecturer accompanying tour groups visiting more exotic destinations aided by her nephew Harry. Her published novels also include several award-winning standalone psychological thrillers. She wrote her first novel (now languishing in the back of a drawer somewhere) when her two children were toddlers, but there was little time for writing when she returned to her teaching career. Now retired, she is able to indulge her love of writing and has begun a life of crime! ‘Writers are told to write what they know about, but I can assure you, I've never committed a murder. I'm an ex-convent school headmistress for goodness sake!’ Click on the title to read a review of Judith’s latest book A Death Too Far.