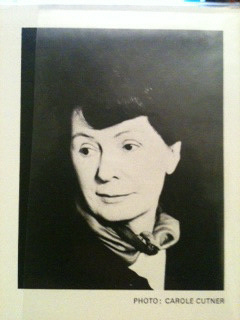 Palma Harcourt was born and brought up in Jersey in the Channel Islands. She read classics at St Anne’s College, Oxford, and after her graduation, worked in various branches of British Intelligence, in one of which she met her husband.   Since then she has edited magazines and taught at Universities.  Palma Harcourt has travelled widely with her husband on different postings around the world, and lived in many countries, and these experiences have provided the background for her successful series of ‘diplomatic thrillers’. The first, Climate for Conspiracy, was published in 1974. Palma has written more than twenty further novels, which have been published worldwide and translated into more than a dozen languages, including Icelandic and Japanese. She and her husband live in Jersey.
She also writes as John Penn, the joint pseudonym of
Palma Harcourt and Jack H. Trotman.
I discovered Palma Harcourt in Hatchards bookshop in Piccadilly in 1987, when I bought Limited Options, her fourteenth book.  Isn’t it a wonderful feeling when you stumble on a new writer and discover that there are several previous books that you are going to have the joy of ‘seeking out and reading?’  Of course today that joy is somewhat diluted.  Prior to the Internet, when I was seeking out-of print books, I always carried with me a list of books that I wanted, and when driving through a town or village I would espy a secondhand bookshop and screech to a halt.  There is nothing to compare that feeling of pushing open the door of an unknown bookshop, breathing in the musty smell of old books and wondering as you step over the threshold if this wonderful place ‘has secreted within it’s walls’ the titles that you so desire.
I love the Internet, but within a few weeks of finding my way around it, all the longed for books had been found, most I might add in the USA, which I have never visited. But though I have to thank the Internet for giving me my hearts desire; I miss carrying around that list with hope in my heart!  Pushing open the door ‘of a second-hand bookshop’ has virtually disappeared. It’s called progress, but in some areas I am not sure that progress is all it’s cracked up to be.

For a good spy thriller if you get a chance seek out any of the following novels. They are all good.

The books written as John Penn are all also very good: