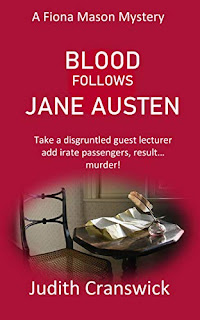 Fiona Mason enjoys her job as a courier for Super Sun Executive Travel, but she fears that the short, specialist tour she has agreed to lead will take her out of her comfort zone. As a rule, Fiona leads European coach tours, but when the courier who leads the Jane Austen tours in southern England is in a car accident, Fiona yields to the pleas of her boss when he begs her to step in. Fiona is reassured when she hears that her trusted, regular driver, Winston Taylor, will be reallocated to drive the coach, but less happy when she meets the young woman that has been assigned to supplement Fiona’s limited knowledge of Jane Austen’s life and work. At first, the guest expert, Madison Clark, is under the impression that she is the courier in charge of the tour and her attitude when she discovers that she is wrong is petulant and ill-mannered. On the first evening, Madison’s immaturity and lack of self-control becomes obvious when she accuses one of the passengers, Mrs Estelle du Plessis, of being drunk. Fiona intervenes and insists that Madison apologises. Although Madison complies it is clear that she feels even more resentment against Fiona.

Many of the passengers are part of the same book group, and most of them are pleasant and undemanding. Other passengers are more difficult and need tactful handling, such as Imogene Carnegie, a somewhat neurotic young woman who seems to have become friendly with Madison and shares her attitude towards Fiona. However, the most troublesome passenger is undoubtedly Mrs du Plessis, an imposing African woman, who shows her nature on the first evening by shouting at the waiter who brings her evening meal, rejecting what she has been offered and demanding a diabetic meal. She continues to be rude to the staff, and arrogant and contemptuous to her fellow passengers, so that soon she has quarrelled with many of the people on the tour. She is consistently unpleasant to Michael Selassie, who is described as her secretary, although Fiona thinks that he looks and acts more like Mrs du Plessis’ bodyguard.

With all the unpleasantness caused by Mrs du Plessis, as well as Madison’s disgruntled attitude, Fiona has good reason to wish that she had not undertaken this assignment, especially when she admits to herself that one of her reasons for doing so was to avoid spending the weekend with her friend Peter Montgomery-Jones. Fiona is attracted to Peter, but she has had only had one serious relationship in her life, and that was with her late husband, Bill, and she is afraid to become involved with a new man. Peter is busy with his own duties at MI6, notably the ramifications of a political assassination and the disappearance of a trade delegate. However, when an unexplained death overtakes a member of the Jane Austen tour and somebody else goes missing, Peter turns up to see what trouble Fiona has got into. Fiona is relieved to see Peter, even if he is sometimes rather bossy, especially when he’s concerned about her safety. Surely, between them, they can solve the mystery and ensure an innocent person isn’t unjustly blamed?

Blood Follows Jane Austen is the seventh book featuring Fiona Mason, but it works very well as a stand-alone novel. Although it is the first of this series to be set in England, this book has the fascinating and gloriously visual descriptions of the places that the tour group visits, which make this author’s books remarkable. The characters are well drawn, and Fiona is an engaging protagonist. This is an enjoyable cosy crime story, which I recommend.
------
Reviewer: Carol Westron 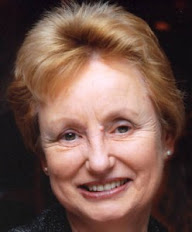 Judith Cranswick was born and brought up in Norwich. Apart from writing, Judith’s great passions are travel and history. Both have influenced her two series of mystery novels.Tour Manager, Fiona Mason takes coach parties throughout Europe, and historian Aunt Jessica is the guest lecturer accompanying tour groups visiting more exotic destinations aided by her nephew Harry. Her published novels also include several award-winning standalone psychological thrillers. She wrote her first novel (now languishing in the back of a drawer somewhere) when her two children were toddlers, but there was little time for writing when she returned to her teaching career. Now retired, she is able to indulge her love of writing and has begun a life of crime! ‘Writers are told to write what they know about, but I can assure you, I've never committed a murder. I'm an ex-convent school headmistress for goodness sake!’ 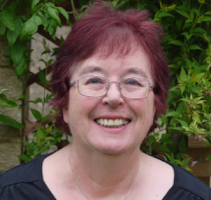