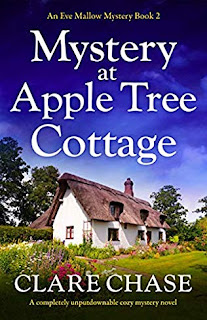 Eve Mallow, divorced, mother of grown-up twins, moved from London some years ago to the Suffolk village of Saxford St Peter. She is a freelance obituary writer, who seeks to understand the dead from those, friends, family, and others, who knew them best. In order to remain solvent, she works in a little teashop in the village for her friend Viv who runs it, and also encourages her in her greatly-loved pastime of people watching.

One teatime, two ladies are having one of the teashop’s splendid teas, replete with tiny sandwiches and delicious cakes. Eve recognises one of them, Betty Foley, who is excitedly telling her friend that her son Ashton will be coming to stay with her. Ashton, charismatic, manipulative, is now a highly successful interior designer who specialises in the harmonious siting of indoor plants of all sizes and types in the homes of the rich and famous. But so Viv later tells Eve, as a boy he was something of a tearaway who was even sent to a young offenders’ institute for dealing in cannabis. Now, however, he is to beautify the house of a local celebrity, a rap star called Billy Tozer, although Viv thinks the visit will not be all Betty hopes: ‘He’s trouble,’ she says. And when Betty is unexpectedly called abroad to New Zealand to care for an aunt who is suddenly struck down by illness, Ashton does indeed cause trouble, at first when alive and then when he is, as readers will not be surprised to learn, found dead, shot through the head in one of the beautiful woods that surround Saxford.

There are a number of lively characters who feature in this tale starting with Eve’s friend Viv who runs the teashop; she is a great cook but desperately needs Eve’s management skills. Moira is the local shopkeeper, an inveterate gossip who knows all about everyone and what she doesn’t know she is determined to find out. Betty’s new partner, the quiet unassuming Howard Green doesn’t trust Ashton one bit and the feelings are mutual. There is the icy Marina Shaw, Ashton’s business partner, Tina and Carl Adcock, Ashton’s former teachers, Justin Ingram who attacks Ashton, and Justin’s anxious wife, Amber, solicitor Russell Rathbone who guided Ashton back into the straight and narrow after his boyhood brush with the law, and the kindly vicar Jim Thackeray. Could any of them have done this dreadful deed? And when there is another death, the question is again. who is responsible and why?

In this second of this author’s Eve Mallow village mysteries with its beautiful descriptions of the wooded Suffolk landscape, the author remains true to the conventions of so-called cosy mysteries which will delight the many readers who prefer the gentler form of crime fiction where there is emphasis on character, plot and setting. Recommended
--------
Reviewer: Radmila May 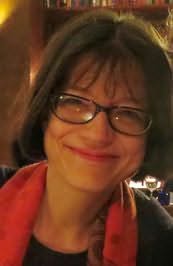 Radmila May was born in the U.S. but has lived in the U.K. since she was seven apart from seven years in The Hague. She read law at university but did not go into practice. Instead she worked for many years for a firm of law publishers and still does occasional work for them including taking part in a substantial revision and updating of her late husband’s legal practitioners’ work on Criminal Evidence published late 2015. She has also contributed short stories with a distinctly criminal flavour to two of the Oxford Stories anthologies published by Oxpens Press – a third story is to be published shortly in another Oxford Stories anthology – and is now concentrating on her own writing.
Posted by Lizzie at 14:17