‘A Death Too Far’ by Judith Cranswick 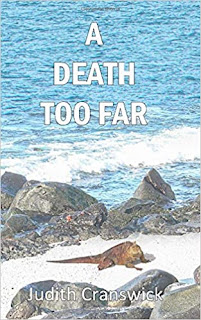 Kathy is devastated when her sister dies while on a dream holiday in the Ecuadorian rainforest and Galapagos Islands. While cruising around the Islands, Leanne had fallen overboard and drowned and, as there were no witnesses, the British Coroner gives an open verdict. For Kathy, this is intolerable, as she interprets it as an indication that the authorities think Leanne may have committed suicide. She blames Leanne’s ex-husband, Gareth, for giving evidence that Leanne had been distressed and depressed when they separated. Almost as bad are the insinuations that because Leanne had visited a nightclub, she had been drunk or high on drugs when she fell into the water.

Leanne had been Kathy’s much younger sister and Kathy had put her life on hold to raise her when their mother died. This interdependence had been destructive for both of them: Kathy had centred her life around Leanne, excluding all other close relationships, and spoiling Leanne, which turned her into a selfish, intolerant woman. Kathy has never been able to acknowledge this and believes that, despite her obvious faults, Leanne would never lie to her. This relationship has been reinforced by Leanne’s recent dependence on Kathy while she has been recovering from life-threatening cancer. Based on the flimsy evidence of a cryptic comment in the postcard Leanne sent her, Kathy becomes convinced that her sister’s death was the result of foul play and she sets out on a crusade to prove this and discover the identity of the person responsible. Even Kathy’s best friend, Alison, is unable to reason with her and can only watch as she embarks on her self-destructive mission.

At first Kathy has no idea where to start her investigation, but when she braces herself to open Leanne’s luggage, which the tour company have returned to her, she finds her sister’s journal. Leanne had kept a journal for many years but would never let anyone read it. Kathy feels guilty about reading it now, as if she is prying, but she forces herself to do so, although it is hard to decipher Leanne’s scrawled handwriting and some pages are damaged by a spray canister that has leaked. However, the journal does give Kathy an insight into the other members of the tour group, as well as revealing Leanne’s complex personality, as her writing divides between lyrical descriptions of the wildlife and cruel jibes about many of her fellow travellers. Leanne’s luggage contains other clues to people and events on that fateful holiday. Following one of these clues, Kathy manoeuvres a meeting with one of Leanne’s fellow travellers and, through her, finds a way to contact the other people on Leanne’s fatal holiday. As she investigates, Kathy learns things about her sister that she had not known, including some things she has not allowed herself to believe, including the painful realisation that Leanne was capable of lying to her if it suited her.

When Kathy first insisted that there was something suspicious about Leanne’s death, everybody thought that she was deluded because of grief, but as she persists it becomes obvious that something sinister is going on. Another violent death occurs, and Kathy’s own life is increasingly in danger, but who amongst her new acquaintances can she trust?

A Death Too Far is a stand-alone novel by an author who excels in portraying mysteries in exciting foreign locations and, although the central protagonist in this book does not leave England, the journal descriptions of Ecuador and the Galapagos Islands bring the places and wildlife to life. This is a novel in which the tension and excitement increases as Kathy continues to probe into her sister’s death, until it reaches a nail-biting conclusion. Kathy is not initially the most engaging of protagonists, even though one pities her suffering, but liking for her increases as she continues with her mission and learns to acknowledge her mistakes. A Death Too Far is a quietly compelling mystery, which I recommend.
------
Reviewer: Carol Westron 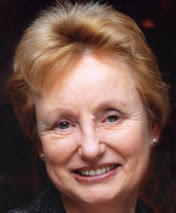 Judith Cranswick was born and brought up in Norwich. She wrote her first novel (now languishing in the back of a drawer somewhere) when her two children were toddlers, but there was little time for writing when she returned to work teaching Geography in a large comprehensive. It was only after leaving her headship that she was able to take up writing again in earnest. Judith teaches Tai Chi, and line dancing, yoga, Pilates and Zumba. Her other hobbies include reading and travelling. She is lucky enough to be a cruise lecturer. You can read some of her adventures – the Ups and Downs of Being a Cruise Lecturer on her September 2014 blog on her home page Judith’s latest book is the Undercover Geisha to read a review click on the title. 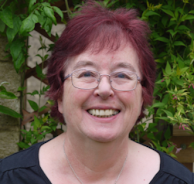