‘The Sleeper’ by Emily Barr

Lara Finch should have been happy: living in a charming Cornish coastal village, adoring husband Sam, plenty of time for babies. But the babies don’t arrive, unsuccessful IVF treatments result in substantial debts, she feels isolated, and Sam’s doglike devotion irritates her beyond belief. So when her godfather Leon, always supportive of Lara unlike her dysfunctional parents and her hostile sister Olivia, gets her back to her old job as a project manager with a firm of property developers, Lara grabs it even though it means living with Olivia during the week and catching the weekend sleeper to Cornwall on Friday evenings and back to London on Sundays. She finds new friends among her fellow commuters and then, predictably, falls in love with one of them, the handsome, charismatic Guy and he with her. So far so contemporary women’s fiction. But in London Lara has for some time been aware that she is being watched and is convinced that it is someone connected with her long-ago backpacking past. And then something dreadful happens on the train and Lara disappears. Is she guilty of murder? Her only friend in Cornwall, the bohemian and reclusive Iris, is convinced that she could not be. Since Sam is in a state of nervous collapse, it is left to Iris to follow Lara’s trail to London and then to Thailand, to establish the truth, and to save them both from danger and to enable them both to confront their pasts.
I really enjoyed this book. While as attached to series detectives as any other crime reader, I do also like one-offs and this one is excellent. There is a limited romantic interest in the person of Detective Constable Alec Zielowski who helps Iris establish Lara’s possible whereabouts; he is attractive, likeable but not an over-the-top (but unbelievable) hunk. But essentially this is a novel about female friendship and a thumping good read to which the author’s own experience of backpacking gives authenticity to the episodes in Thailand and all their attendant dangers. Highly recommended.
------
Reviewer: Radmila May
Other books by Emily Barr include Backpack, Stranded, The First Wife 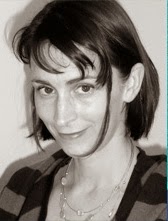 Emily Barr  worked as a journalist for a few years, but always hankered after a quiet room and a book to write. After a few years at the Guardian, she went away for a year, and came back with the beginnings of the idea for a novel, set in the world of backpackers in Asia. The idea became Backpack, her first book.
Emily lives in Cornwall with her three children.