‘Blue is the Night’ by Eoin McNamee

Published by Faber & Faber,
6 March 2014.
ISBN: 978-0-571-27860-2
In 1961 Harry Ferguson comes to the Holywell mental institution in Northern Ireland where Doris Curran, ex-wife of Lance Curran, formerly Northern Ireland Attorney-General and then a Northern Ireland judge, is now resident. Doris was committed to Holywell in 1953 a few days after the murder of her and Lance's teenage daughter Patricia. A man called Ian Hay Gordon was convicted of Patricia's murder and only escaped the death penalty by reason of insanity; he also was committed to Holywell. Doris is now unable to talk coherently about her daughter's death or indeed about anything else much; always unstable, perhaps as a result of having been brought up in Broadmoor where her father had been superintendent, her personality is now merging with that of Thomas Cutbush, a suspect in the notorious Ripper killings in the late 19th century London's East End who had been confined to Broadmoor. However, the book mainly concentrates on an earlier trial in 1949 of the young Protestant workman Robert Taylor for the murder of the elderly devout Catholic widow Mary McGowan. The evidence against Taylor is overwhelming, and there is no doubt of his guilt. Curran, as Attorney-General, is determined to conduct the prosecution himself with scrupulous fairness. But Ferguson, as Curran's long-term political fixer, is equally determined to see that Taylor is acquitted; the result of a Protestant being convicted of a capital crime for the murder of a Catholic in a city as polarised as Belfast would be cataclysmic. However, Curran will not choose the path of easy expediency so Ferguson must find other means to ensure Taylor's acquittal, and if there should be a retrial to ensure that that also results in a conclusion that he, and the powerful, threatening yet shadowy interests behind him, desire.

I thought this book was outstanding. McNamee writes beautifully. The narrative is multi-stranded and weaves backwards and forwards in time, yet at all times is so controlled that there is no doubt as to who is involved and when. The characters are convincing and the bigoted atmosphere of Belfast admirably conveyed. McNamee has written two other books based on the real-life Taylor/McGowan case, Blue Tango and Orchid Blue; if they measure up to Blue is the Night the whole trilogy is remarkable.
------
Reviewer: Radmila May 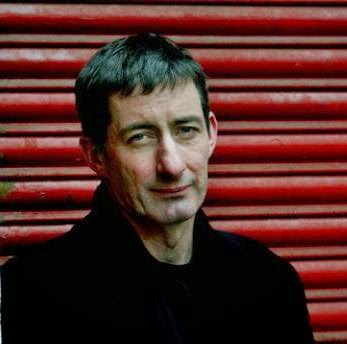 Eoin McNamee's novels include Resurrection Man, later made into a film, The Blue Tango, which was longlisted for the Booker Prize, and Orchid Blue, described by John Burnside in the Guardian as 'not only into a political novel of the highest order but also that rare phenomenon, a genuinely tragic work of art.'. He lives in Sligo.