‘The Counterfeit Agent’ by Alex Berenson 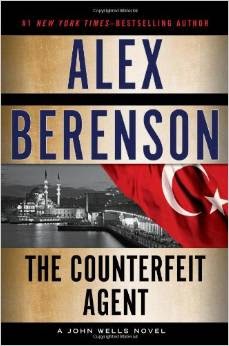 John Wells is an ex-CIA agent, still active in the service of his country but operating strictly under the radar. He is contacted by Vinnie Duto, Wells’s former CIA boss who is now a US senator. Duto, and Ellis Shafer, Wells’s CIA controller and friend, want him to do a job. They have received information via the CIA bureau in Istanbul from ‘Reza’, apparently an officer in the Iranian Revolutionary Guard, that Iran, known to be developing atomic capability, is intent on the assassination of a CIA bureau chief somewhere abroad. Similar information has been received from a former CIA agent now living in Guatemala. Wells’s task is to check this out: is Reza reliable? Wells himself is dubious about accepting this commission; he is deciding whether or not to retire from active service and marry his girlfriend Anne. But he decides to undertake the task and finds himself in one dangerous situation after another from which only his courage and resourcefulness can save him.

I was rather discouraged by the rather James Bondish opening of this novel - the eighth in the John Wells series - in which a vampish villainess calling herself Salome buys some HEU (highly enriched uranium) from a sinister but aged South African. In fact, the novel, although very much in the action-man genre, is rather better than that with many twists and turns while Wells endeavours to find out whether there really is an Iranian plot, if so, exactly what it is, and what the ultimate aim is. It is a very complex novel with a large list of characters but the narrative is perfectly controlled. It may be because of my age and gender but I have to admit that I did not find John Wells himself particularly appealing; of all the characters in the novel I preferred the well-meaning but naïve deputy chief of staff of the Istanbul CIA office.

Recommended - particularly for lovers of action thrillers.
------
Reviewer: Radmila May 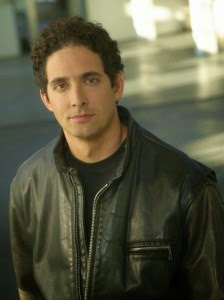 Alex Berenson was born in New York in 1973 and grew up in Englewood, N.J.  After graduating from Yale University in 1994 with degrees in history and economics, he joined the Denver Post as a reporter. In 1996, he became one of the first employees at TheStreet.com, the groundbreaking financial news Website. In 1999, he joined The New York Times.   At the Times, he  covered everything from the drug industry to Hurricane Katrina; in 2003 and 2004, he served two stints as a correspondent in Iraq, an experience that led him to write The Faithful Spy, his debut novel, which won the Edgar Award from the Mystery Writers of America for Best First Novel. He has now written seven John Wells novels and one work of non-fiction, The Number.  He left the Times in 2010 to devote himself to writing fiction, though he still contributes occasionally to the Times.
Alex lives in Garrison, N.Y. with his wife, Dr. Jacqueline Berenson, their daughter Lucy.