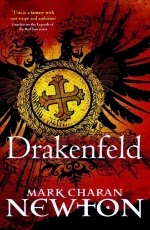 Lucan Drakenfeld is an officer of the Sun Chamber, used to investigating cases for the Vispasian Royal Union wherever he is posted.  This is no exception.  It is, however, complicated by the fact that the investigation on this occasion is for the King of the city of Tryum, a city where his own father used to be the officer before his death and expectations are high.  Not only this, but the politics of the situation mean that solving the crime could lead to revolution or military intervention.

The case is further wrought with difficulties as it seems that the death of Lucan’s father is not as straightforward as was first thought.  Lucan wants to know how he died and why.

The backdrop of this novel is heavily inspired by the ancient world of Rome and is a cunning mix of history, fantasy and crime.  There are elements of Gibbons and Grave along with Saylor, Harris, Davis and even Pliny, mixed into this engaging narrative.  Whilst the author has transported the story into the fictional city of Tryum there is no doubt that it resembles tales of ancient Rome and Athens in terms of some of the sights and sounds.  It would not satisfy a pedantic historian, but then it is supposed to be fiction and as such is a rich and nicely written addition to the crime shelves.

An entertaining novel with the spice of ancient civilisation and the modernity of a sly and thoughtful murderer.  Add to this a locked room mystery and you have the recipe which Drakenfeld creates very well.  I look forward to more.
------
Reviewer: Amanda Brown. 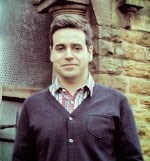 Mark Charan Newton was born in 1981, and holds a degree in Environmental Science. After working in bookselling, he moved into editorial positions at imprints covering science fiction and fantasy. He has written for a variety of non-fiction publications including The Ecologist and The Huffington Post, as well as science fiction for BBC Radio 4. He currently lives and works in Nottingham.