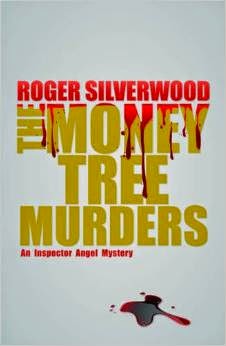 The untimely death of 26 year-old Jeni Lowe sparks off a murder enquiry that brings a number of unlikely characters into the same orbit.

Investigating are Detective Inspector Michael Angel and his team of the South Yorkshire police. In overall charge and the bane of Angel’s life is Superintendent Harker.

Following up on Jeni’s life takes Angel to an advertising Agency and from there to a popular television quiz programme You Wanna Be Rich.

Soon Angel and his team are awash with eccentric characters, from the television people to old Abercrombie, Jeni’s neighbour, and a couple who have recently married and purchased an old house, who believe their house to be haunted by the ghost of an alcoholic dentist and his family who died in 1760.

A second death leads Angel to believe that there is a massive fraud behind the murders, but can he uncover the killer. The story moves along a good pace and kept me guessing to the end.  I was amused by Ahmed and his state of the art watch, probably not standard issue for undercover work.  But the punch line was good.
Recommended,
------
Reviewer: Lizzie Hayes 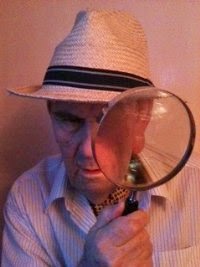 Roger Silverwood was the son of a Yorkshire businessman. He was educated in Gloucestershire before National Service. He later worked in the toy trade, then as a copywriter in an advertising agency. He went into business with his wife in the antiques trade before retiring in 1997. His Inspector is now on 20th book.