‘The Lying Down Room’ by Anna Jaquiery 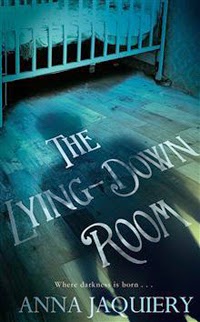 Published by Mantel/Pam Macmillan,
10 April, 2014.
ISBN: 978-1-4471-7
This book introduces  a new detective into crime fiction: Commandant Serge Morel of the Paris police with his team, Lila Markov, Jean Char, Marco Lancel and Akil Abdelkader and also Morel's boss, Commissaire Olivier Perrin. An elderly woman, Isabelle Dufour, has been found dead in bed. What is bizarre is that, although in her night clothes, she is soaking wet, even her hair, and she is garishly made up and wearing a bright red wig. By her bedside are evangelical religious tracts apparently left a few days ago by a man and a boy about which she had complained to the police. Post-mortem analysis indicates that she drowned in her bath; evidence of bruising suggests forcibly. It appears that three other elderly women had received similar leaflets and had also complained to the police –  a lead worth following up particularly when one of those women is also found murdered. A parallel narrative follows the unhappy Armand with his companion, the mute boy Cesar.

Among the ranks of male, middle-aged, melancholy detectives, Morel is rather attractive. For all his sadness, the misanthropy noticeable in some other such series detectives is absent. He does have a long-term mistress but the relationship is not what he is really looking for in life but is unable to find, at least partly because he is living with his father who is difficult and cantankerous but whose memory is deteriorating. The author shows this with compassion, as also in her depiction of Armand and his traumatic childhood and adolescence, and even more in her depiction of Cesar whom Armand rescued from a Russian orphanage, the 'lying-down room' of the book's title. Recommended.
-------
Reviewer: Radmila May 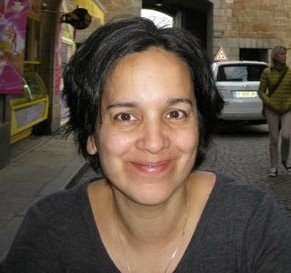 Anna Jaquiery is of French-Malaysian descent and grew up in Europe and Asia. She has worked as a journalist in several countries, starting out as a freelance reporter in Russia. She is currently based in Melbourne with her husband and two sons. The Lying-Down Room is her debut novel - and the first in a series to feature Chief Inspector Serge Morel.
Posted by Lizzie at 16:22