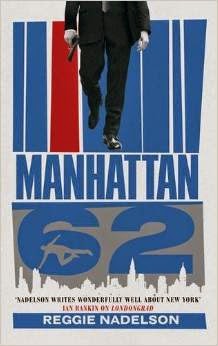 Manhattan 1962: President Jack Kennedy is in the White House but, although Senator McCarthy of the Red witch-hunt is no more, the US is still gripped by anti-communist hysteria, in particular over Cuba and the regime of the Communist President Fidel Castro. So when NYPD Detective Pat Wynne is approached by a young Russian - Max Ostalsky who is a postgraduate student at New York University - he is at first very wary but is soon won over by Max’s open, pleasant nature and his obvious desire to sample all that New York culture has to offer although he is still loyal to the ideals of socialism and is a great fan of Castro. Like all Russians Max is tailed by the FBI. But when Max supplants Pat with his girlfriend, left-wing idealist Nancy Rudnick, Pat is angry and upset. So when the body of a young man, mutilated beyond recognition except for a tattoo identifying him as a member of an anti-Castro opposition group, is found, and Pat recalls a similar unsolved murder of a young woman similarly tattooed and remembers that Max had shown an excessive interest case in that case, he drops a hint to a police colleague that Max might be worth looking into. Pat had been taken off that case at the behest of the sinister Captain Homer Logan. Now he is dismissed from investigating this new case and finds that he is being frozen out by his colleagues who are scared to speak to him, still less assist him with investigating the two murders, on the grounds that, due to his relationship with Nancy and his friendship with Max, not to say his support for such civil rights issues as anti-racism, he must be a closet Red. So what is going on?

All this is set against the background of the 1962 Cuban missile crisis when the world trembled on the brink of total destruction. I am old enough to remember it well and the mixture of disbelief that such a thing could happen with the realisation that, well, yes, it could. I was very impressed with this novel and with the interplay between the crisis and Pat’s feelings about Max which veer between the conviction that Max was indeed a Soviet agent intent only on harming the US and wondering whether the truth was not altogether more complex.

This is a stand-alone novel and so a departure from the author’s Artie Cohen series set in present-day New York. Highly recommended.
-------
Reviewer: Radmila May 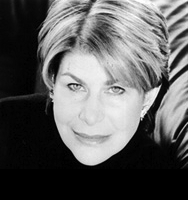 Reggie Nadelson is a New Yorker who also makes her home in London. Born and raised in Greenwich Village. She was educated the local City and Country school and Elisabeth Irwin High School, majored in English at Vassar, and attended Stanford for her graduate degree in journalism. After college, she travelled a lot and did all kinds of jobs in publishing and journalism. She always wanted to write but never came to it and ended up in London writing a column first for The Guardian, and then The Independent. Then she began writing and sometimes narrating and producing documentaries for the BBC. The first of these was the acclaimed Comrade Rockstar, about Dean Reed – ‘The Red Elvis’ -which also became a book the rights for which have since been bought by Tom Hanks who is planning to film it. As a journalist, she regularly writes for on travel, fashion and culture for Travel + Leisure, Conde Nast Traveller, Departures and the Financial Times, and contributes radio pieces to the BBC’s From Our Own Correspondent
Nadelson’s most beloved creation, however, is the detective Artie Cohen, a New York Cit cop, as wounded and damaged as the city itself. A man the Guardian dubbed “‘the detective every woman would like to find in her bed”. Artie first appeared in 1995 in Red Mercury Blues, and has appeared in five novels since then… Nadelson’s bittersweet modern New York noir is peopled by emigrés and immigrants, Russian oligarchs and Italian garbage moguls moving effortlessly from the high life, lived in glass condos on the Hudson River to the rotten docks in Brooklyn and out beyond Manhattan in desolate suburbs. In the New York of Nadelson’s post 9/11 “Archipelago Trilogy”, the streets are darker and meaner than ever Raymond Chandler imaged them, and in her electrifying books, come alive with as disparate, damaged and yet deeply human as the city they haunt..