‘The Coniston Case’ by Rebecca Tope. 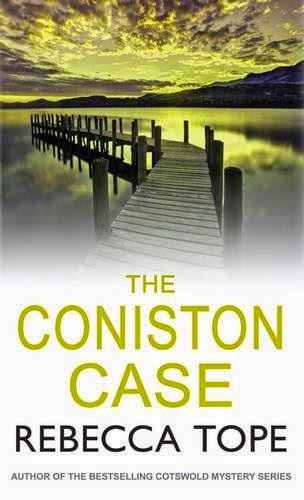 With Valentine’s Day fast approaching, Simmy Brown, proprietor of ‘Persimmon Petals’ in Windermere, is now heartedly sick of red roses.  But with business flourishing who is she to complain? But three anonymous orders give cause concern when the first recipient of the anonymous flowers goes missing and the others cause distress, dismay and anger. And unfortunately the person in the firing line is the deliverer of the flowers, one Simmy Brown.

Just as she is fending off  DI Moxon, who is investigating the disappearance of the first recipient of the flowers, she receives a call from her friend Kathy who is visiting the Lake District in search of  her daughter Joanna, who she fears has become involved with one of her university tutors. She wants to call in on  Simmy, and no doubt involve her in her
efforts to separate her daughter from an unsuitable suitor.

Simmy tries valiantly to stay out of everything but soon she is embroiled in murder, deception and intrigue. Aided by her assistant Melanie, and urged on by Ben, Melanie’s  ex-boyfriend’s younger brother, who loves murder and intrigue, Simmy faces her most baffling case.

In her personal life, there is Ninian, a local potter, who pops into the shop on an irregular basis on the pretext of selling his pots in Simmy’s flower shop, but clearly with more on his mind than pottery. And DI Moxon who seems always to rub Simmy up the wrong way.

With a perplexing mystery, and a cast of interesting characters, this novel is  wholeheartedly recommended.
------
Reviewer: Lizzie Hayes 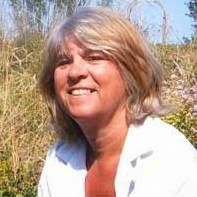