‘Where Death and Danger Go’ by V M Knox. 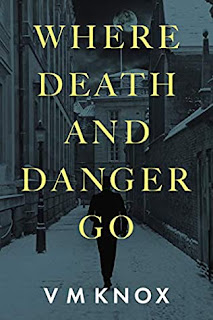 Major Clement Wisdom is a member of the Special Duties Branch of the Secret Intelligence Service and, interestingly, also a clergyman in the Anglican Church.  He is currently living in Oxford, employed as an Assistant Archivist at St Edwards School, a short walk away from his home.  It is May 1941, and the threat of invasion hovers menacingly over a country battered by war.  The outcome of the war is in the balance and there are some in the country who want to manipulate the prevailing fear and uncertainty for their own ends.

Clement is contacted by Superintendent Arthur Morris, a police colleague, who is seeking his help in unravelling any possible connections between three separate incidents that have happened in the same Cambridgeshire field over several months - the capture of a German spy, the discovery of an unidentified dead man and, most recently, the discovery of a gun, a Luger.  Morris feels that what might initially have been regarded as a police matter is now something that the Security Services should be told about.  Clement agrees and is subsequently ordered to find out who the dead man is and whether there is any connection between him and the spy.  As he and colleagues in the SIS and the local police force investigate the various aspects of the case, it becomes apparent to Clement that they are on the edge of a complex and exceedingly dangerous conspiracy which threatens national security and individuals’ lives.

The story is well-plotted, with clever twists and interesting insights on 1940’s life.  The thoughtful, measured writing enables the reader to follow Clement’s thoughts and reasoning, and his views on the war, the country and he himself - a man trying to behave in accordance with his beliefs and his obligations to his colleagues.  The writing also seems to give an overarching air of calmness to what is in fact a tense, worrying and gripping story, one of many incidents in a huge conflict which will not be resolved for years.

The author has provided a useful note about people and places in the book, which is the third in the series, but works well as a stand-alone.
-------
Reviewer: Jo Hesslewoo
Other books by this author:  In Spite of All Terror, If Necessary Alone 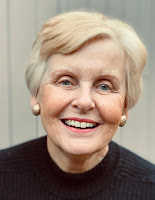