Thriller, Mystery, Action Adventure, Suspense or what? by Alison Morton 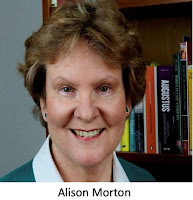 What’s in a genre? More precisely, what’s the difference between the genres in the title? Are there any hard lines between them? And what do we, as readers, get from each of them?

Action stories feature a lot of movement-heavy exciting scenes including but not limited to fights, shootouts, car chases, foot chases, explosions, fast flying helicopters – you name it – and more than one. Sometimes they feature one character, but more often an ensemble each with different functions or expertise. However, these stories and films tend to have simple, obvious or sometimes hardly any plot, even huge plot holes and lack of continuity. The fun is in the fast and furious pace and in films, heart-stopping CGI sequences. such as Mission Impossible.

Adventure stories are essentially about an exciting experience or mission/quest at the centre of the tale and sometimes have old-fashioned tone as H. Rider Haggard’s classic stories, spy stories such as by John Buchan, Ian Fleming and Eric Ambler, or an epic one as in space opera  such as the Vatta’s War series by Elizabeth Moon.

Such stories often feature exotic locales and several puzzles/riddles/challenges that may or may not be physical. A good supporting team  of trusty locals, comrades, experts and ‘elder statesperson’/guru is in the mix. The ‘good guys’ usually win, although there may be bitter loss or sacrifice along the way.  Confusion arises these days with the label if books are called ‘adventure’ when they may only be a day out or a family road trip; these are really dramas, I’d say.

Action-adventure is a hybrid in which both action scenes and puzzling challenges are combined. Raiders of the Lost Ark is a good example of an action-adventure film since it contains both strong physical action scenes as well as a defined quest. Raiders includes fights, stunts and shootouts along with period settings, travel, historical puzzles and death-defying challenges.

Suspense stories have danger but not necessarily action. Much of the danger and tension come from the unknown or apprehension of potential danger. The protagonist acts in a state of excitement, misplaced hope, anxiety and/or uncertainty about what is about to happen. Readers often know something the characters don’t and hold their breath as the characters’ dread increases. Should a vulnerable, young character venture upstairs to find out what’s making those noises in the attic? We know they shouldn’t and we have a pretty good idea why they shouldn’t. We may possibly know EXACTLY what’s waiting for them up there…

Mysteries have, er, mysteries, a puzzle or sometimes a seemingly impossible quandary to understand or explain. It often relates to a crime like murder, and includes hidden elements, a cover-up and a sleuth/detective, and the  answer is revealed only at the end. Agatha Christie specialised in this. Traditional authors like Raymond Chandler and Dashiell Hammett mixed mystery and suspense. The best mystery stories often explore people’s unique capacity for deceit—especially self-deceit. This is usually considered the most cerebral (and least violent) of the crime/mystery/thriller genres.

Thriller stories are more nuanced than action stories and build more on tension and complexity of plot.
Traditionally, the plot appears more important than the characters, but the best thriller writers develop both
equally fully. Often, something bad happens to the protagonist externally, e.g.they are mistaken for a criminal, kidnapped, attacked by ‘persons unknown’ or are betrayed by the authorities or seeming colleagues – anything to ramp up the tension. Equally often the only solution is for the protagonist to act alone at great personal risk or in certain danger. Internal conflict, illness and psychological pressure and self-doubt add to the tension.

Thrillers use plot twists and devices to create excitement, while action and adventure stories use their action scenes and risky situations. In crime thrillers, the central characters are involved in crime, either in its
investigation, as the perpetrator.

According to International Thriller Writers (and who am I to argue?), a thriller is characterized by “the sudden rush of emotions, the excitement, sense of suspense, apprehension, and exhilaration that drive the narrative,

sometimes subtly with peaks and lulls, sometimes at a constant, breakneck pace.”

A few types of thrillers and some examples

Classics: Heart of Darkness by Joseph Conrad and The Count of Monte Cristo, both strip away civilisation and reveal cruelty of people to others, the first more of a psychological thriller, the second a story of vengeance and redemption.

Legal thrillers: Anything by John Grisham who has made the sub-genre his own.Intellectual or pseudo-intellectual thrillers: The Da Vinci Code by Dan Brown is a prime example. Using a professor as protagonist gives an essence of credibility (but not much), but it does attract readers by delving into a mystery most people would love to know about, and moves very fast.

Epic/high-concept thrillers: These deal with terrorism, trained assassins or space opera. A ‘pull out all the stops’, ‘save the world’ genre. Tom Clancy’s Executive Orders would be a good example of this.

Socio-political thrillers: Frederic Forsyth’s The Day of the Jackal is one of my favourites!

Espionage thrillers: Le Carré is, of course, the master here with The Spy Who Came in from the Cold as an
excellent place to start. Mick Herron is another terrific spy story writer, with anarchic insight into his cynical
protagonist Jackson Lamb and team of competent incompetents of Slow Horses.

Techno-thrillers: Tom Clancy’s The Hunt for Red October and Clear and Present Danger. Both are fast-paced and with sympathetic and complex main characters.

What ifs: Fatherland by Robert Harris remains my favourite alternative history, although there are many more here. Oh, and there’s the Roma Nova thriller series with stories set in a Roman society in the 20th and 21st
centuries full of betrayal, rebellion and ‘tough gals’…

And my own new contemporary thriller (if I may mention it ) Double Identity, a contemporary conspiracy thriller with a Franco-British ex-special forces solder, Mélisende, a dead body and grumpy British cop, McCracken.

Perfiditas, Successio,
Aurelia, Nexus (novella)
Insurrectio  and Retalio,  and Roma Nova Extra,
a collection of short stories.
Audiobooks are available for four of the series.

Download ‘Welcome to Alison Morton’s Thriller Worlds’, a Free eBook,
as a thank you gift when you sign up to Alison’s monthly email newsletter.
You’ll also be among the first to know about news and book progress before
everybody else, and take part in giveaways.

Alison Morton was fascinated by the idea of women soldiers. Brought up by a feminist mother and an ex-military father, it never occurred to her that women couldn’t serve their country in the armed forces. Everybody in her family had done time in uniform and in theatre – regular and reserve Army, RAF, WRNS, WRAF – all over the globe. So busy in her day job, Alison joined the Territorial Army in a special communications regiment and left as a captain, having done all sorts of interesting and exciting things no civilian would ever know or see. Or that she can talk about, even now…
But something else fuels her writing… Fascinated by the mosaics at Ampurias (Spain), at their creation by the complex, power and value-driven Roman civilisation she started wondering what a modern Roman society would be like if run by strong women…
Now, she writes Roman-themed alternate history thrillers with tough heroines: