‘Every Last Fear’ by Alex Finlay 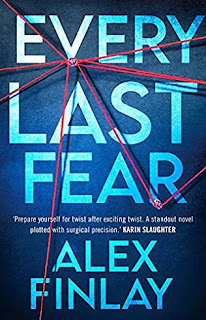 Evan Pine, his wife Olivia and two of their children, Maggie and Tommy, travel to Mexico for an impromptu holiday.  A maid discovers their corpses two days after they should have caught their flight home.  The tragedy is initially assumed to be the result of a gas leak.  Some aspects of the scene, however, suggest that the official conclusion may not be quite so straightforward.  Two surviving sons are unaware of the deaths, but this is not the first heartbreak to have befallen the family.

Matt Pine is a film student at New York University.  His older brother Danny is also in New York, but he is serving life for having murdered a teenage girl seven years earlier.  Although Danny initially confessed to the killing, he later retracted his statement, and a Netflix documentary also threw doubt on the murder verdict.  Some of the Pine’s neighbours reacted negatively after viewing the painstaking re-enactment of events they wished to forget.  Evan and his children were ostracised and criticised for their participation in the channel’s show and Matt, convinced of his brother’s guilt, moved to New York.  He hoped to distance himself from unfriendly former schoolmates as well as what he regards as his family’s obsession to overturn Danny’s conviction.  Matt last spoke with his father at Christmas, the conversation had been unhappy and angry.

It falls to FBI Special Agent Sarah Keller to track Matt down and break the news to him.  He bitterly regrets the final meeting he had with his father but realises it is his duty to tell his imprisoned brother what has happened.  Keller then asks him to go to Mexico to facilitate the repatriation of his deceased family members.  Before he leaves, Matt, discovers that Keller is in fact a member of the FBI’s Financial Crimes Section.  He wonders why an agent with such specific expertise is in charge of an apparently accidental incident in another country but sets off as requested.  The young man’s lonely journey, however, proves to be as dangerous as it is poignant, and Matt has to grow up fast if he is to successfully navigate the murky waters into which he is plunged.

Every Last Fear is written through the viewpoints of several of the main characters and moves between past and present events.  This not only provides interesting different perspectives on the story but also allows the main plot to unfold in a way that is both intriguing and compelling.  It is fascinating to watch Matt mature as the narrative progresses.  Similarly, Sarah Keller’s character is revealed gradually and interspersed with the testimonies of various other individuals.  She is consistently professional and discrete at work but reveals her empathy for the Pine brothers when she is with her own family.  Another aspect of the novel which added to its intricacy is provided by selected excerpts from the script of the contentious documentary which almost becomes a character in its own right – a clever authorial touch.  The book kept my attention from the first explosive page.

Alex Finlay has produced a mystery that thrills and surprises in equal measure and I enjoyed it enormously. Recommended.
------
Reviewer: Dot Marshall-Gent

Alex Finlay is the pseudonym of an author who lives in Washington, D.C. Born in Opelika, Alabama, Alex's formative years were spent traversing the globe, from a tropical island in the Pacific to a small village in the UK to a remote region in the Far East. But it was on a vacation in Tulum, Mexico that Alex was inspired to write Every Last Fear. 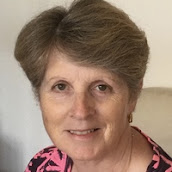