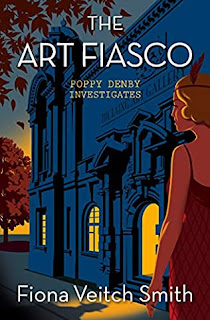 The year is 1924, and Poppy Denby is taking a holiday from her job as a journalist in London to visit her family in Northumberland in order to celebrate her father’s sixtieth birthday. On her way north, she stops at Newcastle to stay with her Aunt Dot and her aunt’s friend and companion, Grace Wilson, who are in the city to renovate a house that Dot has inherited. Poppy is happy to see her aunt but the main reason for her stay in Newcastle is to attend the premiere the Oscar Wilde play, The Importance of Being Earnest, in which Poppy’s best friend, the actress and socialite, Delilah Marconi, has an important role. Poppy is looking forward to enjoying some time with Delilah before going on to attend her father’s party. Also staying with Dot Denby is the world-renowned artist, Agnes Robson. Although Dot gets on well with Agnes, Grace is not happy about the visit; the tension between the two women dates back to something which occurred years earlier when the three women were involved with the Suffragette movement.

Agnes’ usual business manager is ill and she beseeches Poppy to help her by acting as liaison with the press. Poppy is not eager to accept this unexpected job but she agrees because she feels great sympathy for Agnes, who, despite her present fame and wealth, started life as a the daughter of a poor miner. As a child, Agnes had been the pupil of Michael Brownley, an art teacher who ran classes for the children of pit workers in the village of Ashington; Brownley took advantage of Agnes when she was just fourteen and had sex with her. When Brownley fell into Ashington Pit and died the coroner ruled that it was an accidental death while he was intoxicated, but local rumour maintained that he was murdered. Agnes left home and went to Paris, where she lived with an artist and associated with many famous painters, and eventually became an artist herself. Now, Agnes has donated money towards a community hall in Ashington and is going to attend a ceremony to unveil a plaque with her name on it. Agnes knows that many people in the village will be hostile to her because of her early history and Bohemian life style, but her main fear is that newspapers will report the story of Brownley’s death in a way that is very damaging. It is this that she wishes Poppy to deflect.

While assisting Agnes, Poppy makes many new acquaintances, including two local journalists, the supercilious curator of the gallery and his doting mother, Agnes’ assistant in her art studio and her business manager. She also encounters an attractive police officer, Detective Inspector Sandy Hawkes, who Poppy hopes might help heal the emptiness in her life left by her breach with her former beau, Daniel Rokeby.

In order to be prepared to deflect the reporters’ questions, Poppy looks into the story of Brownley’s death, and begins to suspect that the rumours were right, and the art teacher was murdered. Then another murder occurs, and Poppy is sure that the person arrested by the police is innocent. Determined to ensure that justice is done, Poppy uses all her investigative skills to discover the truth and find out whether the two deaths are linked.

The Art Fiasco is the fifth book featuring Poppy Denby. It is a fascinating book with excellent, authentic period detail, and a subtle, multi-layered plot, which has its roots in events that happened twenty-seven years previously. The characterisation is superb, and Poppy is a delightful heroine who firmly believes that women have a right to live their own lives and have a career, despite the prejudice against this. One of the most engaging features of the book is Poppy’s relationship with her mother, a good and kind woman, but a strict Methodist who believes that a woman’s place is in the home.

The Art Fiasco is a very enjoyable read, which I recommend.
------
Reviewer: Carol Westron 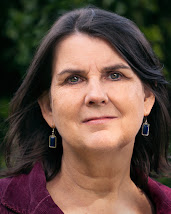 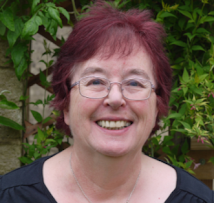