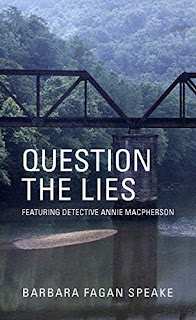 This is the 8th in the series featuring Detective Annie Macpherson, formerly of the Scottish police, now of the Westford Connecticut Police into which she had been placed less than a year previously as part of an international exchange programme. In the time she has been in the U.S. she has established a relationship with a fellow detective, Dave Ellison. But she now has a problem; arising from some problems in a previous investigation, she has been put on desk duty pending a report from the police Internal Affairs Department.

We already know from the opening chapters that someone has been virtually imprisoned in his own home and that person is a man and that the person imprisoning him is a woman, a reversal of the usual man/perpetrator, woman/victim scenario. But who is she and who is her prisoner?

That question is not answered at first. Instead we are drawn into an enquiry into a previous death by Annie and Dave, along with fellow detectives Victor Bronski and Captain Marco Franconi and Medical Examiner Fogarty. The dead man is a young man, Adam Cassidy, a Ph.D. student at the University of Westford; when his body is found in his apartment, he has already been dead some days. Forensic examination of his body reveals that he had either been burned or scalded and that he was suffering from malnutrition. It seems unlikely that he inflicted his injuries on himself. A resident in another apartment thinks that she occasionally heard a woman’s voice; another thinks he heard screaming. From enquiries at the university where he was studying, it appears that he was something of a loner. One of the girls working behind the bar remembers him; the other one left rather suddenly, and it transpires that the name she was using was not her own, but that of someone who had died some years before. She is obviously now a ‘person of interest’ but where is she now? Meanwhile, Annie has been using her time on desk duty to research the data base and has come up with the names of several young man who have died in similar circumstances. Are the police now looking for a serial killer?

While the police search for possible previous victims and connections between their deaths, we return to the man who has been confined and to the woman who has enthralled him. At first he believes that she loves him as much as he loves her, but by the time he begins to suspect that she is not what she seems, he cannot get away and the imprisonment is all too real. And we guess all too clearly what sort of woman she is and what is driving her.

The author of this book is an experienced psychologist who writes with compelling realism about the mental world which domestic abusers, male and female, inhabit and their ability to manipulate and dominate their victims. And the painstaking and meticulous way in which the police track and finally identify the mysterious individual responsible for the deaths of these young men is highly impressive.
------
Reviewer: Radmila May 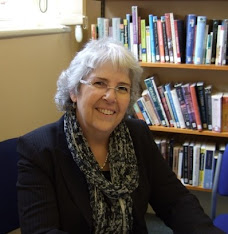 Barbara Fagan Speake was born and brought up in Connecticut, on the eastern seaboard of the USA. She moved to the UK in 1972 following her marriage and had a varied career as a research psychologist, clinical psychologist and senior manager in the NHS. A previous author of non-fiction books, she turned her attention to fiction writing in 2001. Barbara creates her characters from both the US and the UK and draws on her experiences of both countries as well as on her professional background. A fictional city in Connecticut, Westford, was the setting for her standalone debut novel, Secrets Only Sleep (2005). She continued to use the setting for the novels in her Scottish Detective and has now written seven further books in the series featuring Detective Annie Macpherson