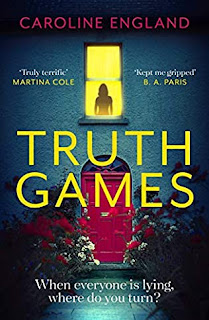 From the start there is an unsettling undercurrent flowing through this domestic suspense, which is all about relationships and secrets.

Ellie Wilson is a suburban housewife who lives a happy middle-class life with partner, Cameron, and their three boys. Life revolves around the needs of her husband who regularly works away, managing the home and the needs of the boys, in particular their autistic son, Jake who is always in trouble at school.

Ellie met Cameron when they were part of a house share at university. At the start of the book life is good but after Sean, Cam's best friend and a fellow university housemate, arrives in the area Ellie starts to feel unsettled.

Sean’s wife, Ciara, despite caring for her six children, is the perfect wife and mother. It starts to undermine Ellie’s confidence in her own ability.

With her husband’s attention firmly focused on his best mate, Ellie is left feeling jealous. Every weekend they seem to be engaged in events with Sean and Ciara. Ellie’s nights are plagued by nightmares and her days with uncertainty and worry that her relationship with Cameron is breaking down and she’s about to lose everything.

Ellie wants to turn to her parents for guidance, but her father is critical and domineering and her mother is besotted and at her father’s bidding.

As the story slowly unfolds memories, hints of memories and emotions begin to surface. Ellie starts to identify the lies and piece together elements of the past she has forgotten. There are some startling revelations of past trauma that have led her to forget, and the ending is fast paced and satisfying.

Some readers may find Truth Games a bit slow, but the pacing makes it feel more authentic. The characters are well drawn and believable and I found it an engaging and enjoyable read. It was easy to identify with Ellie, firmly stuck on her treadmill, trying to please everyone and feeling unnerved as she unravels the lies and trauma of the past and sees those around her in a new light.
------
Reviewer: Christine Hammercott 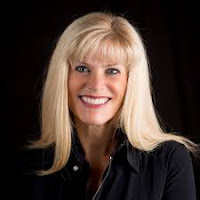 Caroline England was born in Yorkshire. She studied Law at the University of Manchester and stayed over the border. She writes multi-layered, dark and edgy ‘domestic suspense’ stories that delve into complicated relationships, secrets and the moral grey area. Her debut novel, Beneath the Skin, was published by Avon HarperCollins in October 2017, followed by My Husband's Lies, Betray Her and Truth Games.  Under the name CE Rose she has also penned gothic-tinged psychological thrillers The House Of Hidden Secrets and The House On The Water's Edge.  Drawing on her days as a divorce and professional indemnity lawyer, she loves to create ordinary, relatable characters who get caught up in extraordinary situations, pressures, dilemmas or crime. She also enjoys performing a literary sleight of hand in her novels and hopefully surprising her readers! Caroline has had stories and poems published in a variety of literary publications and anthologies. Watching Horsepats Feed the Rose, and Hanged By The Neck are her two dark, twisty short story collections. Caroline’s new psychological thriller is The Sinner published in June 2022.