‘To the Lake’ by Yana Vagner 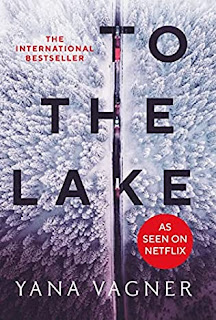 This is the story of a horrendous journey made by a collection of civilized, middle-class people from well-fed, warm, comfortable homes, who elect to travel to a freezing, uncomfortable, cramped environment. Their destination is an island on a lake where you must gather your own fuel and catch your own food to avoid dying of cold and/or starvation. It is a journey where it’s often difficult, if not nigh on impossible, to tell friend from foe. But it is one that needs to be made in order to survive a dreadful epidemic caused by an incredibly infectious agent that is killing thousands of people every day. The cause of the epidemic is unknown. It could be flu or some other virus, we simply don’t know. But whatever virus it is, the story has absolutely nothing to do with the covid pandemic.

To escape infection and death, Anya and Sergey, plus Anya’s young teenage son decide it is time to desert their dream home in a select village community. Their neighbours Marina and Lenny, along with their young, dumb daughter, invite themselves to join them. Then Sergey’s dad, Boris, arrives. He and Sergey agree they must take Sergey’s previous wife Ira with whom he shares a son Anton. Sergey goes to fetch Ira. When they return we hear that Ira and her son have survived on a few biscuits and jam for a week. This news, plus other distressing details speeds them on their way.

In two vehicles packed solidly with food, warm clothes, guns, and other essential equipment, plus as much fuel as they could get, they all set off for the lake where they know they can camp in a small summer house built to hold two or three people. The lake is at least a couple of thousand kilometers away and they will have to find extra fuel on the way. Heavy snowfall does not help. They soon encounter dreadful sights that make them realise they haven’t left a minute too soon. The terrifying physical traumas of armed men, thieves, injury and death, cause arguments about the best course of action, and there is little sign of the travelers becoming united by their ordeal. A long way from home they come across Andrey, an old friend of Sergey’s, and his wife Natasha. They join the entourage, as does a very humane doctor they collect on route.

Originally published in Russian in 2011, To the Lake has been beautifully translated by Maria Wiltshire who has done a superb job of capturing the fear, the distrust, the stress and the antipathy of those involved towards each other, towards those they meet, and towards the many obstacles they encounter on the journey. Other than Anya’s love for Sergey and her son, rather than bringing out the best in people, the experience often seems to bring out the least endearing sides of the various characters, some of whom - quite understandably - don’t like each other very much.

Although the book is written in chapters describing individual incidents, I found it to be surprisingly compulsive reading and very difficult to put down. The story is far more than a travelogue of a difficult journey.  It is an insightful and memorable account of the interactions between a disparate group of stressed individuals that leaves one wondering what became of them in the near and more distant future after they reached the Lake.
------
Reviewer: Angela Crowther

Yana Vagner lives in Moscow with her husband, teenage son and three dogs. She started writing To the Lake as a weekly blog, at a time when a flu epidemic swept through Moscow, and the story had already attracted thousands of readers before it was turned into a best-selling novel in Russia. 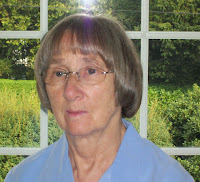 Angela Crowther is a retired scientist.  She has published many scientific papers but, as yet, no crime fiction.  In her spare time Angela belongs to a Handbell Ringing group, goes country dancing and enjoys listening to music, particularly the operas of Verdi and Wagner.
Posted by Lizzie at 13:41