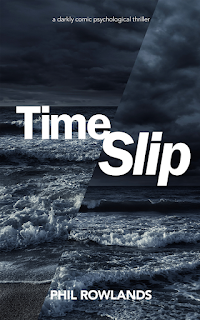 Ian Chambers is a writer struggling to complete his latest book. A decent ending seems to be eluding him. To make matters worse his agent Janey is pressing him to hurry up and meet the deadline.

Ian is married to Nora but is having an affair with an old friend, Lucy. He decides to end their relationship as Nora is expecting their second child. When he tells Lucy she goes ballistic, punches him and storms out of the restaurant. That evening unable to write and to clear his head of Lucy, he goes for a walk on the beach at Bridlington. A violent storm breaks out and looking for shelter, in the light of his torch he sees a World War Two Lookout post. He hurries to it and enters.

What happens then is so terrifying that it leaves him traumatised. He drives home in a trance. At first, he can’t bring himself to confide in anyone, but the event keeps coming back to haunt him and never seems any less real. It is almost as though he is living in a parallel world.

To add to his problems, Ian’s young son George insists Lucy comes to his birthday party. She is an old friend of all the family and George loves her.  Ian is beside himself – will Lucy come and make a scene, will Nora guess there was once more than just friendship between them? He is almost at his wits end.

Ian soon realises he will have to face the consequences not only of George’s party but most importantly, whatever it was that actually happened to him that night on the beach.

He visits his friend Alex a psychologist and tells him about his experience at the Lookout Post. Alex puts him in touch with someone who studies parallel connections. However, what he tells Ian leaves him even more concerned for any future he may have.

Will he ever find peace of mind and discover an explanation for what happened to him? Will he even survive? A really chilling psychological and cleverly conceived story which I thoroughly recommend.
-------
Reviewer: Tricia Chappell 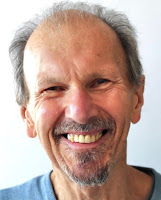 Phil Rowlands is originally from Pembrokeshire in West Wales. He now lives near Cardiff and has British nationality and Canadian citizenship. He is a screenwriter, author, and producer. After many years as a 'safe pair of hands' actor, mainly in film and television, he moved into the production side as a freelance writer and producer. He has written feature films, TV and radio dramas, documentaries and animation series and is an experienced script doctor/editor and story consultant. In 2009 he was one of the co-founders of Funky Medics, a production company focussing mainly on innovative health education. Their diverse animated and live projects have included singles and series on heart disease, diabetes, smoking and drug abuse. A revised version of his first novel, Siena, has recently been republished by new indie publisher Diamond Books along with his second, Single Cell. His third book Time Slip was published in March 2022. Tricia Chappell. I have a great love of books and reading, especially crime and thrillers. I play the occasional game of golf (when I am not reading). My great love is cruising especially to far flung places, when there are long days at sea for plenty more reading! I am really enjoying reviewing books and have found lots of great new authors.
Posted by Lizzie at 15:10