‘Trick of the Night’ by Joy Ellis 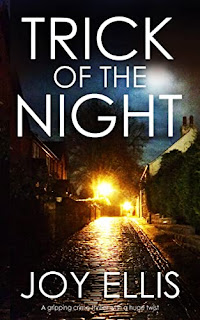 Toby Unsworth is passionate about photography.  In two weeks, he will be starting his final year of his photography course at university. Night photography is his speciality and tonight, he has gone to the old part of Fenfleet, which with its cobble of narrow and disused buildings is like a scene out of a Dickins novel.  Just perfect to complete his coursework assignment.  Later when he uploads the images, he thinks that he can see a face in a window in one of the disused buildings. He asks his house mate Alex to have a look….

However, a call to Matt from Minty a former criminal who had proved a good snout for Matt, has him alarmed – Minty sounded frightened and in all the years they had done business Minty had never seemed afraid.  He relates an episode in the market and hands Matt an envelope saying, ‘I have just passed you a hot potato’.

Returning to the office ruminating on the story Minty has just told him, Liz introduces Matt to Mrs Georgia Hammam, whose teenage son Alex died the previous week in his flat from carbon monoxide poisoning, along with his friend Toby. She does not believe her sons death was an accident and she want’s Matt to find out the truth.

Kellie Burton is worried about her brother Simon who has gone to stay with their Aunt Jessie.  To ensure that he stays in touch Kellie had given Simon a stack of postcards to enable him to do so, but none have been received and Kellie is certain something is wrong.

And they are not the only ones, something is going on in Fenfleet and even those supposedly with their ears to the ground, don’t know. Even the big players like Eddie Ray are worried. Minty decides to lie low.

Joy Ellis knows how to set a scene.  I could put this book down. I read it in one sitting. Intricately plotted the strands are gathered together providing an on the edge of your seat mystery. Highly recommended.
------
Reviewer: Lizzie Sirett 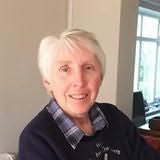 Joy Ellis was born in Kent but spent most of her working life in London and Surrey. She was an apprentice florist to Constance Spry Ltd, a prestigious Mayfair shop that throughout the Sixties and Seventies teemed with both royalty and ‘real’ celebrities. She swore that one day she would have a shop of her own. It took until the early Eighties, but she did it. Sadly the recession wiped it out, and she embarked on a series of weird and wonderful jobs; the last one being a bookshop manager Joy now lives in a village in the Lincolnshire Fens with her partner, Jacqueline. She had been writing mysteries for years but never had the time to take it seriously. Now as her partner is a highly decorated retired police officer; her choice of genre was suddenly clear. She has set her crime thrillers in the misty fens.