CrimeFest 2022: Shivers and Shudders: Creeping Out the Reader

Alex North was born in Leeds, England, where he now lives with his wife and son. His novel The Whisper Man was inspired by North's own little boy, who mentioned one day that he was playing with "the boy in the floor." and is an international bestseller that is currently being adapted for film. His latest novel is The Shadow Friend. Alex North is a British crime writer who has previously published under another name.

Sarah Pinborough was born in 1972 in Buckinghamshire. She is the number one Sunday Times Bestselling and New York Times Bestselling author of the psychological thriller Behind Her Eyes published January 2017. During her career, she has published more than 20 novels and several novellas and has written for the BBC. Her recent books include Dead To Her, in development with Amazon Studios. Sarah lives in the historic town of Stony Stratford, the home of the Cock and Bull story, with her dog Ted. Her latest novel, Insomnia, came out in March 2022.  You can follow Sarah on Twitter at @sarahpinborough.

Helen Sedgwick has an MLitt in Creative Writing from Glasgow University. She won a Scottish Book Trust New Writers Award in 2012, and her writing has been broadcast on BBC Radio 4 and widely published in magazines and anthologies. Before writing her debut novel she was a research physicist, with a PhD in Physics from Edinburgh University. She is the author of The Comet Seekers (Harvill Secker 2016), The Growing Season (2017), and the Burrowhead Mysteries crime trilogy of When the Dead Come Calling (Point Blank 2020), Where the Missing Gather (2021) and What Doesn’t Break Us (2022). She was appointed Dr Gavin Wallace Fellow in 2021. Helen now lives in the Scottish Highlands. 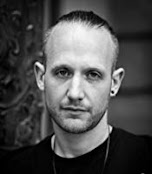 Matt Wesolowski is an author from Newcastle-Upon-Tyne in the UK. He is an English tutor for children in care and leads Cuckoo Young Writers creative writing workshops for young people in association with New Writing North. Wesolowski started his writing career in horror and his short horror fiction has been published in numerous magazines and US anthologies. Six Stories was his debut crime novel.  His subsequent books in the series went on to become international successes, with the 6th book, Demon, published, in January 2022. Matt currently lives in Newcastle with his partner and young son.

Rhiannon Ward is the author of two gothic historical thrillers. Her first, The Quickening, was a Radio Times book of the year and The Shadowing was a Daily Express critic's favourite of 2021. As Sarah Ward, she is the author of four DC Childs novels set in the Derbyshire Peak District where she lives, and she also has written two Doctor Who audio dramas.
www.crimepieces.com
Posted by Lizzie at 15:12