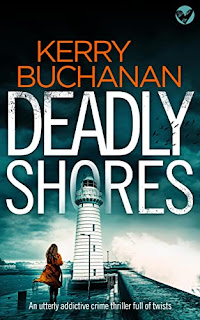 The last few months have been tough for Northern Ireland police officers Detective Inspector Asha Harvey and Detective Constable Aaron Birch after they were instrumental in revealing a serious web of corruption involving police officers of all ranks. Even though nobody suspects Asha and Aaron of corruption, the fear that there are still dishonest cops in the local force has destroyed the atmosphere of trust and interdependence at Lisburn Road police station. Both Asha and Aaron feel side-lined by their senior officer, Chief Superintendent Yvonne Patterson, who keeps reiterating that she is running a tight ship and rooting out corruption, as well as continuing the hunt for two corrupt and brutal police officers who had escaped after one of them stabbed Aaron. Asha has grown tired of Patterson inferring that she has received promotion because she ticks all the diversity boxes, rather than by her merits as a detective, and has transferred to a smaller police station where she is given more opportunities to investigate challenging crimes. Aaron is still at Lisburn Road station and struggling to stay motivated and keep his promise to Asha to study for his sergeant’s exams.

The two detectives are reunited when they receive a tip that something untoward is happening at Richard Steele’s luxurious boatyard. At first all seems quiet but then in becomes clear that the delivery of new boats is a means of smuggling in illegal drugs. The question that Asha and Aaron have to solve is whether Steele or his boatyard manager are complicit in the crimes. Asha is attracted to the handsome, wealthy boatyard owner, and it is evident that he is attracted to her, but because he is a suspect, she is determined to keep their relationship professional.

Violence escalates and the detectives realise that the criminals are employing blackmail and intimidation to force innocent people to collaborate with their crimes. To make matters worse, Asha and Aaron begin to suspect that the crime they are investigating is even darker and more dangerous than drug smuggling, and soon their investigation turns into a desperate race to trace the illicit cargo before it is too late.

As Asha and Aaron follow a trail of increasing brutality, they realise that the two violent police officers whose guilt they had helped to expose have resurfaced to continue their reign of terror, in which vicious assaults often result in murder. The two thuggish cops could not have stayed out of sight without powerful assistance and certainly could not have re-emerged at this crucial point without being directed. This confirms the fear that the corruption in their police force has not been eradicated as Asha and Aaron had hoped, but, on the contrary, is being controlled by a dangerous, authoritative figure, who will stop at nothing to retain dominance. Asha and Aaron have to tread carefully because they cannot know who within the police force they can trust. As the case reaches its climax, they have to act swiftly and decisively and put their own lives in imminent peril as they attempt to save a kidnapped young woman who is a pawn in the deadly game.

Deadly Shores is the third book in the series featuring Asha Harvey and Aaron Birch. It is an excellent stand-alone novel, the story thread about police corruption, which is a crucial part of the plot, does however have its roots in the second Harvey and Birch novel, Small Bones. Deadly Shores has a fascinating, fast-moving plot, filled with tension. The characterisation is excellent, and Asha and Aaron are engaging protagonists, showing steadfast integrity, courage and loyalty in challenging situations. Deadly Shores is a thought-provoking page-turner, which I thoroughly recommend.
------
Reviewer: Carol Westron 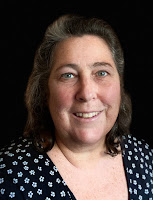 Kerry Buchanan lives amid the rolling County Down hills that feature in her crime series. When she isn’t writing, Kerry performs her work at literary events and participates in literary panels and works with new writers. She is disabled, and passionate about sailing and attempting to outwit the slugs in her vegetable patch. Generally, the slugs win.