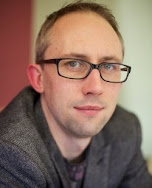 Chris Ewan was born in Taunton in 1976. Chris graduated from the University of Nottingham with 1st Class Honours in American Studies, He is the critically acclaimed and bestselling author of many mystery and thriller novels including A Window Breaks, Safe House and The Good Thief's Guide to ... mysteries about globetrotting thief Charlie Howard. His latest thriller, The Interview written under the pseudonym, C.M. Ewan is about a seemingly normal job interview that turns into a deadly game of cat and mouse.

Ewan Morrison was born in 1967 in Scotland.
He is the author of the award-winning novels Tales from the Mall and Close Your Eyes; and novels Ménage, Distance and Swung; and the short story collection The Last Book You Read. Ewan was awarded the Glenfiddich Writer of the Year Award and the SMIT novel of the year 2012/2013. His most recent book is Nina X.

Christine Poulson writes, she was a respectable academic, with a PhD in the History of Art lecturing at a Cambridge college before she turned to crime. Her first three novels featured literary historian and accidental sleuth, Cassandra James. Deep Water was the first in a series of medical thrillers featuring scientist Katie Flanagan. Her most recent is Invisible, a standalone suspense novel. She has written numerous short stories and in 2018 was short-listed for both the Margery Allingham Prize and the CWA Short Story Dagger.

Vanessa Savage is the author of three thrillers: The Woman in the Dark, The Woods, and The Night They Vanished, published May 2022. Her work has been shortlisted for numerous prizes, including the Caledonia Fiction Prize. As well as writing crime novels, Vanessa is a graphic designer and illustrator. She lives by the sea in South Wales with her husband and two daughters.

Louise Mangos writes award-winning suspense fiction and short stories. Her first two novels, Strangers on a Bridge and The Art of Deception, are set in Switzerland. Her third, a multi-setting psychological thriller The Beaten Track, was published by Red Dog Press, 12 April 2022 Louise lives at the foot of the Alps with her Kiwi husband and two sons where she enjoys skate skiing in winter and wild swimming in summer. Website: