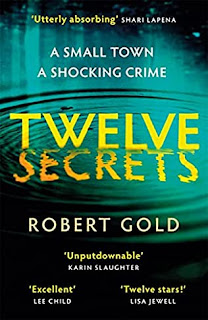 Twenty years ago, Ben Harper’s older brother, Nick and his friend, Simon, were brutally murdered by two classmates. Eight-year-old Ben saw the boys go off with the girls and it was Ben who found the boy’s bodies. The schoolgirls were convicted of the murders and showed no remorse for it.

Ten years ago, Ben’s mother committed suicide by stepping in front of a train. As the anniversary of his mother’s death approaches, Ben is asked to write a piece about it. Although an investigative journalist, he has no desire to revisit the past and the pain of it all. It has taken him a long time to get over the tragedies. Then the death of one of his brother’s murderers prompts him to rethink and decide that if anyone is going to write the story it is better that it is him.

Set in the fictional small town of Haddley, near London, the story is very much a mystery as Ben tries to unravel the emerging facts and uncover the truth about his brother’s death and mother’s apparent suicide. At the heart of the story are the long-lasting effects violence and murder have on those they touch. And then there are the myriad of secrets that have had a hold over the various characters for decades after the event.

The narrative of the book is complex with multiple viewpoints and quite a cast of characters. Although a horrific event is at the heart of this tale the grisly details don’t make it onto the page so it will appeal to a wide readership. The pace is steady with plot twists revealed gradually until it comes to a fast-paced climax. An enjoyable read. Perfect for readers who enjoy series like Broadchurch or The Bay.
------
Reviewer: Christine Hammacott

Robert Gold, originally from Harrogate in North Yorkshire, began his career as an intern at the American broadcaster CNN, based in Washington DC. He returned to Yorkshire to work for the retailer ASDA, becoming the chain’s nationwide book buyer. He now works in sales for a UK publishing company. Robert now lives in Putney and his new hometown served as the inspiration for the fictional town of Haddley in Twelve Secrets. In 2016, he co-authored three titles in James Patterson’s Bookshots series. 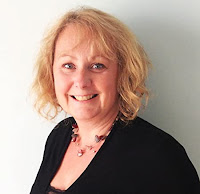