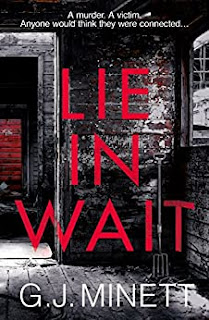 This is not a novel to be read in dribs and drabs, nor when your mind is half on something else. It demands full concentration, given the unusual structure. The narrative points of view and the dates are very clearly provided so it is easy enough to follow, but the read is far more rewarding if your focus is complete, and you ensure you’re always aware of where you are. Very rewarding indeed.

I’m not sure I’ve ever read a book quite like it. The prose is easily assimilated, and the pages turn almost of their own volition.

The main protagonist is Owen, who is on the autism spectrum. He stammers, is obsessed by numbers and sees prime numbers as warnings. He reads numbers everywhere by adding together both the numbers and letters of registration plates and names, all virtually instantly.

He has a companion called Willie who constantly carps and criticises. He loves a woman called Abi and has done so since they were at school together, but she married bully Callum Green, who made Owen’s life an absolute misery then and remains his bête noir now.

Set in the south of England, the novel features police – and crucially, ex-police – who are investigating a murder from some weeks ago. The incidents gradually converge as the chronology goes back to the murder and then forwards again. It’s quite hard to say more about the story without giving too much away, but the way the reader’s feelings are manipulated and the problems this causes for us as we discover more create a fascinating and original read.

Recommended – but do read in solid sittings and make sure you give it all your attention. It’s worth it.
-------
Reviewer: Dea Parkin 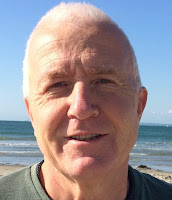 Graham Minett studied Languages at Churchill College, Cambridge before teaching for several years in Gloucestershire and West Sussex. In 2008 he completed a part-time MA in Creative Writing at the University of Chichester and subsequently won both the inaugural Segora short story competition in 2008 and the Chapter One competition in 2010. The latter consisted of the opening sections of what would eventually become his debut novel, The Hidden Legacy. This was followed by Lie In Wait and Anything For Her and his fourth novel, The Syndicate, is scheduled for publication in July 2020. Now writing full-time, he is published by Bonnier Zaffre and represented by Lisa Moylett of Coombs Moylett Maclean Literary Agency. He lives in West Sussex with his wife and children.