‘The Quickening’ by Rhiannon Ward 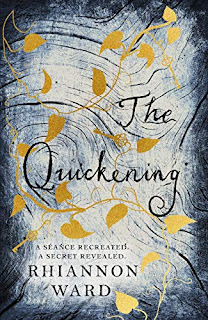 Before World War I Louisa Drew was happily married and the mother of six-year old twin boys while she herself had a career as a photographer. But her husband Bertie was killed during the War and the boys died in the flu pandemic of 1919. Devastated by grief she marries again and is soon expecting a child but the new husband Edwin is controlling and does not wish her to work despite his barely earning enough for them both, let alone the forthcoming child, to live on.

When she is contacted by her former employer Leo Marsham offering a considerable sum for her to go down to Clewer Hall near Brighton where the owner, Colonel Felix Clewer, is putting the family home on the market and wants photographs of the interior and of the items to be sold in order to enhance the value of the property, she immediately accepts the offer and departs for the country leaving only a message for her husband.

But Clewer Hall has a history with links to the occult. In 1896 a séance had been held there, among those present had been Sir Arthur Conan Doyle who was not only the creator of Sherlock Holmes but had an interest in séances and the like, as were many people in the 19th century. The séance was presided over by the medium Ada Watkins whom some think of a charlatan who was there at the invitation of Felix Clewer and his wife Helene; Felix Clewer is not a believer in the occult but his wife is and is made uneasy by the séance.

Since that time much has changed. All three of the Clewer sons had been killed in the course of World War I. Helene wishes to re-enact the séance with the guests who had been at the original séance and has procured Ada Watkins to preside over it. Helene is now even more unstable than she had been before, and her daughter Lily is concerned.  Ada warns Louisa that the séance will have unforeseen consequences; she had seen Louisa’s arrival in the tarot cards but not what those consequences would be, nor that Louisa would be pregnant. It is during the following days that the consequences begin to play out with deadly results for one of the séance party and hidden secrets from the past become uncovered.

This story well contrasts the newly emerging independence of women after World War I with the attitudes of most men and a number of older women. There is an excellent hint of the uncanny too, in the appearance from time to time of a small and somewhat malevolent boy. Did he exist? If so, what is the truth about him?
------
Reviewer: Radmila May 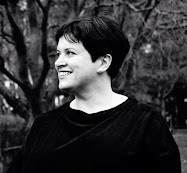 Rhiannon (Sarah) Ward is an online book reviewer whose blog, Crimepieces, reviews the best of current crime fiction published around the world. She is a judge for the Petrona Award for ranslated Scandinavian crime novels. She lives in rural Derbyshire where her debut novel is set. Writing as Sarah Ward she has produced, four books In Bitter Chill, A Deadly Thaw, A Patient Fury, and A Shrouded Path.In addition to writing, Sarah teaches crime fiction workshops, provide manuscript critiques and editing services, chair book events and give talks to reading groups. For more information, please go to The Creative Shed.