‘It Ends at Midnight’ by Harriet Tyce 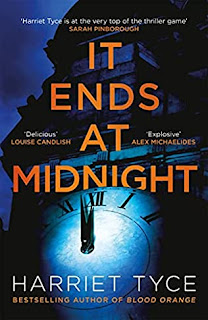 'Time stops.  We’re at the heart of it, time before, time after, a moment of still.'

The reader enters It Ends at Midnight as two bodies are about to fall from a building and land on the railings beneath.  The gruesome event is described from the point of view of an urban fox who is scavenging nearby.  Quite an opening!

What led to the bloody tragedy is revealed through a cyclical plot that whirls through the present, the recent past, the long past, and back to the present.  This has the effect of creating a giddy spiral of characters as they interact with the main protagonists Sylvie and Tess, two friends who have known each other since their schooldays.

Tess and her husband Marcus are going through a trial separation, whilst Sylvie is embarking on what she hopes might be a serious relationship with chef Gareth.  She hasn’t told Tess or Marcus about her lover yet, partly because she is sensitive to her friends’ difficulties and partly because she is completely focused on advancing her legal career.  Currently working as a Deputy district Judge, Sylvie is about to embark upon an important trial.  If it goes well, she hopes it will pave the way to her becoming a circuit judge.  Then Sylvie receives an unexpected phone call from Tess.  In an instant everything changes as a secret from the past threatens to end her glittering career.

The circular narrative is perfectly suited to the story as it intertwines love, hatred, ambition, betrayal and revenge.  The tale unfolds to reveal glimpses of what preceded the fatal, final plunge with which the book opens.  The characters are fascinating and unreliable, they draw you in and just when you think you have a handle on who can and cannot be trusted, you find that you have been wrong-footed.

Harriet Tyce writes with pace and immediacy as she spotlights the teenage jealousies, misdemeanours and lies that have simmered away for twenty years.  As the past erupts into the present Sylvie and Tess are consumed by the mistakes of their youth which are depicted in sexually explicit scenes and disturbing violence. The tension rachets up as the narrative moves inexorably towards a devastating double dénouement.

It Ends at Midnight is intriguing, menacing and mysterious.  A fabulous journey with an ending that shocks and satisfies.  Great stuff!
------
Reviewer: Dot Marshall-Gent 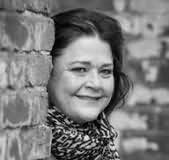 Harriet Tyce grew up in Edinburgh and studied English at Oxford University before doing a law conversion course at City University. She practised as a criminal barrister in London for nearly a decade, and recently completed an MA in Creative Writing - Crime Fiction at the University of East Anglia. 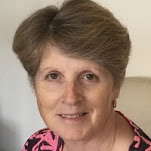 Dot Marshall-Gent  worked in the emergency services for twenty years first as a police officer, then as a paramedic and finally as a fire control officer before graduating from King’s College, London as a teacher of English in her mid-forties.  She completed a M.A. in Special and Inclusive Education at the Institute of Education, London and now teaches part-time and writes mainly about educational issues.  Dot sings jazz and country music and plays guitar, banjo and piano as well as being addicted to reading mystery and crime fiction.