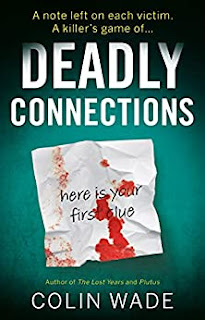 Spoiler Alert: If there’s anyone out there who doesn’t know ‘whodunnit’ on Agatha Christie’s Murder on the Orient Express, read that first, as this book gives away the solution, and also the key twist behind Christie’s The ABC Murders.

Sarah Braintree, Chief of Police in Jersey, has just been given the inaugural Freedom of Jersey award for her success in keeping Jersey’s crime rate low when a call from her second-in-command alerts her to an unusual murder – the killer has left a note with a riddle for the police to solve. Soon it becomes obvious that the perp has a personal grudge against Sarah...

This contemporary police procedural has a complicated plot and a high body count. Most of the story is narrated in the third person from Sarah’s perspective, intercut with the killer’s point of view, and with sections focused on other key characters, like local journalist Jeff Godley, who is also out to get Sarah, and DCI Lisa Johnson, one of Sarah’s team on the investigation. The short chapters and frequent twists keep the story moving fast, and the investigation includes the killer’s riddles, technology, forensics and a profiler. 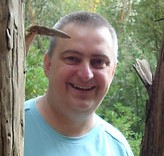 Colin Wade previously worked as a full-time programme manager with Thames Valley Police for thirteen years. He is currently working in admin at Oxford High School and also does some exam invigilation for Oxford Sixth Form College. With more time on his hands, he turned to writing in 2016 and has published two books, The Lost Years and Plutus with Matador. He lives in Oxford with his wife and two grown-up children. 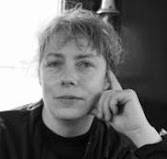 Click on the title to read a review of her recent book
A Shetland Winter Mystery
www.marsalitaylor.co.uk