‘The Disciple of Las Vegas’ by Ian Hamilton 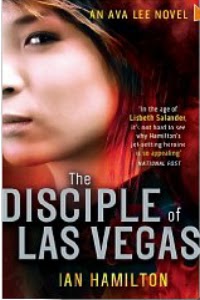 Ava  Lee is a forensic accountant - she tracks money owed to people who have advanced money in good faith, but then found that the recipients have reneged on their commitments.

Her partner is her elderly Hong Kong based ‘Uncle’.  In this adventure Uncle is not that comfortable with working for Tommy Ordonez, the richest man in the Philippines, but having heard the facts and realising how much money it will mean if she is successful Ava says she will take the job. The story is that Tommy’s brother has messed up big time and lost $50 million. The reputation of Tommy Ordonez is on the line, which is what is worrying uncle, as loss of face could mean trouble for Ava.

Ava tracks the money and discovers an illegal gambling ring. But tracking the money was the easy part. Now can she get it back?

To complicate her job, an old target of Ava’s is bent on revenge and a contract has been put out on her.  But tracking Ava isn’t easy, for as she tracks the money she moves from country to country. But can she outwit the contract?

Fascinating, brilliant, and compelling this is one of those books once started you cannot put down. Not to be missed. I just can’t wait for the next one.
-----
Reviewer: Lizzie Hayes 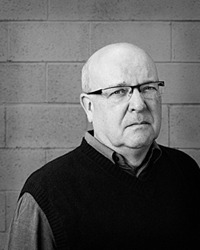 It was a life-threatening health scare that prompted Ian Hamilton to write his first in the series of captivating Ava Lee novels. Just two days out of hospital and recovering from surgery, Ian sat down at his computer. The name ‘Ava Lee’ came to him and the first chapter was quickly written. A few short weeks later, the first Ava Lee novel was completed. Ian is not a stranger to the literary world. He began his career as a journalist and wrote a non-fiction book in 1968, The Children’s Crusade, which was a Canadian Book-of-the-Month selection. He has written for several magazines and newspapers in Canada and the U.S., including Maclean’s, Boston Magazine, Saturday Night, the Regina Leader-Post, the Calgary Albertan, and the Calgary Herald. He has been a senior executive with the federal government, and as worked internationally as a diplomat and businessman. Although there are 40 years between books, Ian never lost his passion for writing. The years he spent travelling the world on business, spending countless hours on planes and hotels, became important influences on his writing, providing personal insights into the world of business and into the many people, places and cultures Ava Lee encounters. His inspiration for the Ava Lee series did not end when the first book was complete. About half way through writing the first book, an idea for the second book came to Ian and he built it into the plot of the first. He began writing the second book the day after the first book was finished. The same is true for the third and fourth books. Within eight months, all four books were complete. Ian secured a four-book deal from his publisher before the last two books were even read by the publisher. International rights have been sold into the UK, Australia, New Zealand, Holland, Germany and worldwide Spanish and French rights. Ian is currently working on the continuation of the Ava Lee series and has already completed books 5 and 6.
Ian lives in Burlington, Ontario with his wife Lorraine. He has four children and seven grandchildren.