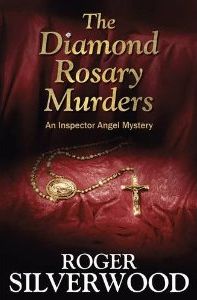 When Superintendent Horace Harker is asked to call on millionaire Haydn Harker he is not sure what to expect. But to be told of Harker’s dreams of dying in a swimming pool is certainly not it.

Two days later Detective Inspector Michael Angel is called to the King George Hotel, Bromersley, in South Yorkshire, to investigate the murder of a young girl.  But when Angel arrives there is no body, although Mr Wise the man who reported seeing the body insists that’s he knows a dead body when he sees one.

Then to add to Angels troubles Haydn King is found dead exactly as he had portrayed to  Superintendent Harker.  And the theft of a priceless diamond and ruby rosary which had belonged to Queen Mary Tudor is linked to James Argyle who is also said to have been sighted in the vicinity.

This is the nineteenth book in the highly successful Inspector Angel series, and this episode lives up to the excellent standard set by the earlier books. Well plotted, the twists and turns of the investigation keep the reader avidly turning the pages.
-------
Reviewer: Lizzie Hayes 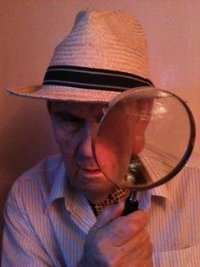 Roger Silverwood is the son of a Yorkshire businessman. He was educated in Gloucestershire. He has lived in Barnsley at the foot of the Pennines all his life. He wrote pieces for his school magazine and then started his own competing publication when he was 14. After National Service, he entered business as a salesman and sold toys, including the famous 'Sooty' xylophone. While holding down a day job, at nights, he was feverishly writing away and had his first full-length book published in 1971. Later he went into business with his wife, Celia, and sold antique jewellery. His big success though is his series of mystery stories featuring Detective Inspector Angel. He retired in 1997 to write full time, and currently is writing his 18th Angel book.