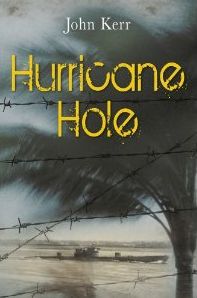 Undercover agent Tom Hamilton arrives in Nassau in late 1942.  He has been assigned to Nassau by  Washington to investigate a Swedish industrialist with known ties to the Nazis. Washington suspects that he may be building a place of refuge for the U-boat fleet in Hurricane Hole.

Life in the Bahamas in 1942 was relatively untouched by the war in the echelons of the high society that existed there. The Duke of Windsor was wartime Governor of the Bahamas, and no one wanted to cross  him. Smooth charming Tom Hamilton with plenty of money blends in nicely as a playboy.  But he had not reckoned on falling for the beautiful Evelyn Shawcross, whose husband is away at war.

The author successfully captures the era of those who thought that wealth would somehow protect them during a period of war.  But this is a story of espionage, where no one is quite what they appear to be.  Beneath the charming exteriors clad in elegant evening clothes, lurk sharks, and powerful manipulators who will not hesitate to kill to achieve their goal.

It is in essence a tragic love story set against a backdrop of a beautiful tropical island and the murder of Sir Harry Oakes one of the wealthiest man in the British Empire.
-----
Reviewer: Lizzie Hayes 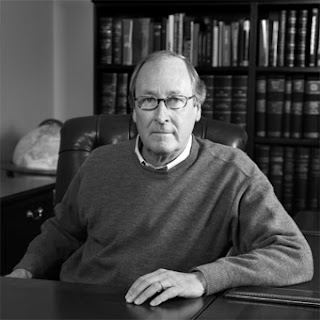 John Caldwell Kerr was born and raised in Houston, Texas, where he graduated from St. John’s School. He received a BA from Stanford University, where he studied history, literature, and poetry, and a JD from the University of Texas. In addition to a diverse business career, he has been writing, primarily fiction, for the past fifteen years, which has been strongly influenced by his life-long study of European and American history. He has also been actively involved in civic and community affairs, chairing the Texas Advisory Board of the Environmental Defense Fund and serving as board chairman of the Texas Biomedical Research Institute and the Admiral Nimitz Foundation, which oversees the National Museum of the Pacific War. Kerr resides in San Antonio, Texas, with his wife, two dogs, and pesky African Gray Parrot.