‘Out of the Night’ by Dan Latus 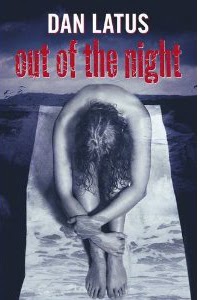 Frank Doy lives on the Cleveland coast working from home as an investigator for people who want a result without involving the police. Busy wrapping up a case, the news of a body found on the beach at Port Holland passes him by.  Even a visit from his friend Bill Peart of the Cleveland police, telling him the body count has now swollen to three does little to stir his interest, but woken in the night and finding a naked girl on his doorstep certainly awakes his interest. She is barely able to speak and freezing cold, so Doy takes her in and supplies clothing and food. But in the morning she has disappeared.

But although his midnight visitor has disappeared she has clearly been tracked, as Doy received most unwelcome visitors. Unable to let it go Doy sets out to discover just who his mysterious visitor is, where she is, and why she turned up naked on his doorstep. His search for her leads him to Russian emigres where he uncovers some unsavory dealings, and some strange goings on at Port Holland and the nearby Meridion House.

Written in the first person this story has an immediacy about it that had me hooked from the first page.  This is the first book that I have read by Dan Latus, but it won’t be the last. An intriguing story that kept me turning pages, and came with a satisfying ending. Highly recommended.
------
Reviewer: Lizzie Hayes

Dan Latus grew up in Teesside which has been his inspiration for this particular novel. Out of the Night is his third novel published by Robert Hale, who have also published Never Look Back and Risky Mission.  He lives in Northumberland with his wife.