‘Poisoned Pairings’ by Lesley A. Diehl

It’s always interesting to learn something new and ‘fracking’ was certainly a new one on me. To the brewers in Butternut Valley the threat of a hydraulic fracturing technique to extract gas from underground by shattering shale was a very real threat.
Hera Knightsbridge and her many of her fellow microbrewers fear it will pollute the water, their most precious ingredient, as well as destroy the beauty of the valley.

To add to her worries on the eve of the big pairing event a student taking part is found dead in Hera’s brewery. Contacting Evan Risley who was in charge of the students but was unaccountable not present that evening far from being apologetic informs Hera that he has been in touch with the Dean of the College and the pairings event may be cancelled.

Confident that the Assistant Deputy Sheriff Jake Ryan, who is also Hera’s lover, will get to the bottom of the murder, Hera is aghast when Jake is then called away, and things for Hera go from bad to worse.  With business problems and family secrets, Hera is beset on all sides.  Although the arrival in town of an attractive guy who is opening a restaurant specializing in Tuscan food, may take Hera’s mind off her absent lover.

Apart from being a good mystery that kept me guessing I enjoyed learning about pairing.  I am a wine drinker and have never drunk beer, but such is the power of the storyteller that I found myself longing for a beer, and I enjoyed the references to different foods being paired with beers.

The cast of characters of Libertyville are well-fleshed out, and I see that this book is a sequel to A Deadly Draught which I now must read.  But I do so hope that there will be more books featuring Hera Knightsbridge.
-----
Reviewer: Lizzie Hayes 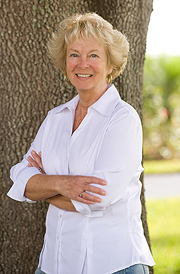 Lesley A. Diehl  retired from her life as a professor of psychology and reclaimed her country roots by moving to a small cottage in the Butternut River Valley in upstate New York.  In the winter she migrates to old Florida--cowboys, scrub palmetto, and open fields of grazing cattle, a place where spurs still jingle in the post office.  Back north, she devotes her afternoons to writing and, when the sun sets, relaxing on the bank of her trout stream, sipping tea or a local microbrew.
Posted by Lizzie at 23:59