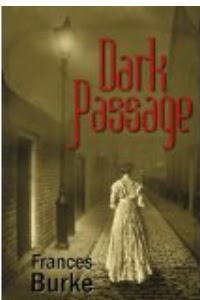 Nicola Redmond has just returned to Sydney from a London Season, where she was presented at court.  Within a short time of being back in Sydney she discovers that her father has not fared well in the 1890’s Australian Depression and the family have nothing left but debts.  From a sheltered and privileged  life in  Sydney’s high society she finds herself plunged into dire poverty.

Although Andrew Dene who claimed her father’s estate, offers to help her, Nicola is too angry and proud to accept and so she seeks employment to support herself and her mother.  But her privileged life has not equipped her for earning her own living and slowly she has to lower her sights.

Through her friendship with Rose Basevi she sees at first hand, the dreadful conditions that exist for women working in the factories.  Nicola joins a women’s group to improve the factory conditions for women.  During this time she meets Hugh Owen who is an organiser for the unions.

The murder of her friend Rose, found in a back alley, brings Nicola into contact with the English Detective Robert Carrington who is in charge of the case.  But things don’t move fast enough for Nicola who has vowed to avenge the friend’s death, and so she sets out to investigate herself, and devises a bold plan which puts her in grave danger.

The description of working conditions for women in the 1890’s is vividly portrayed, providing a fascinating backdrop to what is in essence a romance, as the three men in Nicola’s life vie for her affections, but Nicola cares passionately for improving women’s working conditions and love and marriage have no place in her life, but can she continue to deny the growing love that she has for one of the men?  And could one of them be a murderer?
-----
Reviewer: Lizzie Hayes

Frances Burke is an Australian writer of historical novels set in varying countries and periods, usually with a background of war or civil upheaval, and from the viewpoint of a woman challenging the accepted mores of the time. The books are fast moving and historically accurate. She lives in Sydney and loves to travel. She began her writing career when her three sons left home. Since then she has worked in welfare and addressed writers’ conferences and given seminars. She gained some invaluable experience as inaugurator of the local Fellowship of Australian Writers and her novels are inspired by a sense of place. Her previous novels include Scarlet Wind and Windstorm.
Posted by Lizzie at 11:11